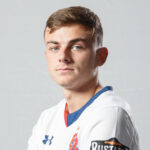 Long joined the club in 2019 as a 16-year-old from Wigan Athletic FC. Rhys has great belief in himself as a player and has proven his attacking threat for the youth teams in recent seasons. Last campaign he scored the opening goal in the Under-18’s FA Youth Cup first-round proper tie vs Morecambe and followed […] 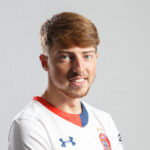 Robinson arrived at AFC Fylde Academy following his release from Fleetwood Town’s Academy as an under-16. He is a player that can light up a game with his technical ability and skill/precision with the ball at his feet. ‘Robbo’ has been fundamental in the U18’s successful FA Youth Cup and League run last season, ending […] 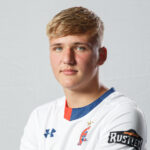 Gregson signed for the club in 2018 as a central midfielder and quickly asserted himself as one of the first names on the team sheet for Conrad Prendergast’s Under-18’s. He has been described as an aggressive midfielder, who can tackle and head, with lots of attacking quality. He won the Luke Bennett Award for being […] 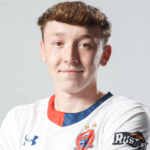 Nathan Shaw joined the Coasters on a permanent basis in June 2021 following a brief loan spell during the 2020/21 campaign. The talented youngster signed his first professional contract in 2019 at just 18 years old and went on to make three first-team appearances for the Seasiders in all competitions. He is a highly-rated winger […] 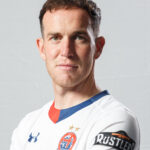 The experienced Luke Joyce joined the Coasters in June 2021 having spent the last 12 years of his career playing inside the Football League. Having started his professional career at Wigan Athletic in 2006, Joyce joins AFC Fylde following three years at Port Vale where he made over 100 club appearances. Joyce has also spent […] 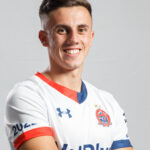 In early January 2021, the 21-year-old joined The Coasters on a one-and-a-half-year deal, with an option of a further year in the Club’s favour. Osborne caught the eye with his performances for Leamington, making a terrific start to the 20/21 campaign with nine goals and eight assists. He also picked up the National League North […]