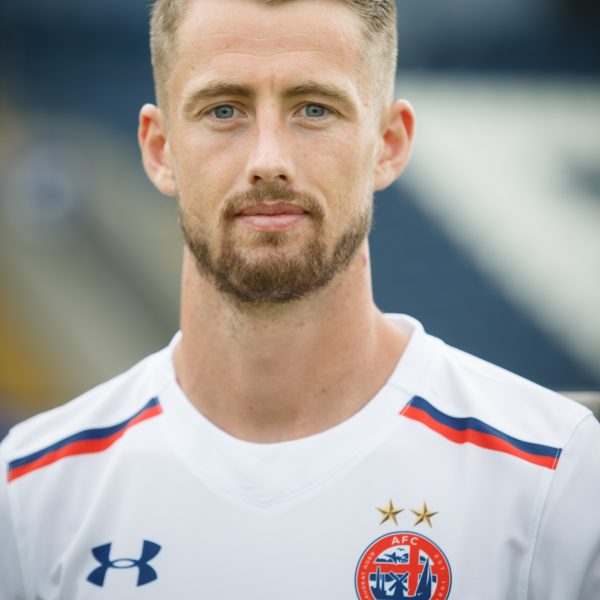 Byrne, a commanding centre-half, spent his youth career at Nottingham Forest before joining League One Rochdale in 2012.

After his time there, he then joined AFC Telford United, where he won promotion to the National League. Byrne then joined Macclesfield Town and helped them reach the FA Trophy Final in the 2016/17, before signing for Gateshead.

The former Republic of Ireland youth international swapped Gateshead for the Fylde Coast in May 2018, and was the stand-in captain of the FA Trophy winning side last year after Montrose’s absence.

To sponsor Neill Byrne for the season please contact us on 01772 598855, or email info@afcfylde.co.uk