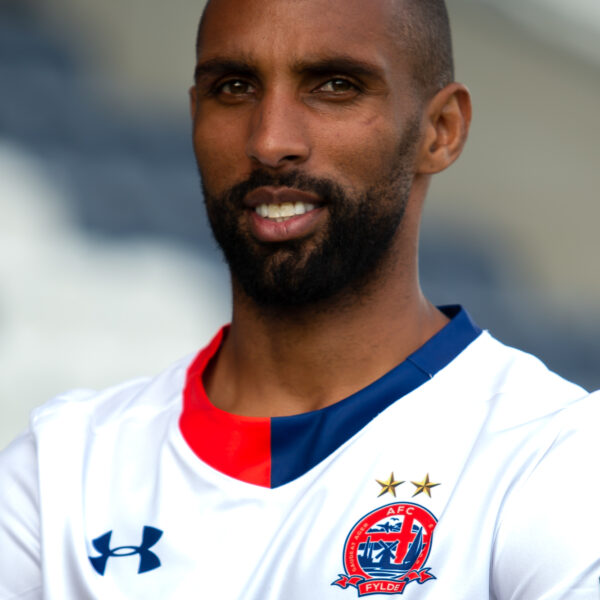 Nathan Pond joined AFC Fylde at the beginning of August 2020 following his release from Salford City.

‘Pondy’ has a wealth of Football League experience under his belt, and was handed the captains armband by Jim Bentley shortly after his arrival.

The 35-year-old is a Montserrat international, making his debut against El Salvador in October 2019 and scoring his first goal in a 1-0 win against St.Lucia.

He is also Guinness World Record holder for appearing in the most divisions with a single football club. (Fleetwood Town). His time at Fleetwood earned him legendary status having appeared in 423 club appearances since 2003. As it stands today, he still the current longest-serving Cod Army player.