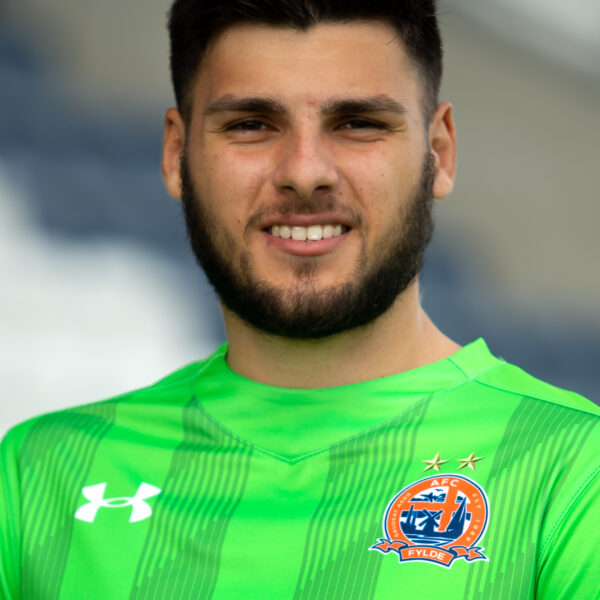 In Septermber 2020, Max Johnstone joined AFC Fylde on a one-year contract with a further year option in the club’s favour.

The towering goalkeeper arrived at Mill Farm following a successful trial period,  not only impressing during training, but also during his assured display in a  pre-season friendly against Wigan Athletic.

At 22 year’s of age Max is a determined individual who has been highlighted as one for the future. Prior to becoming a Coaster, the stopper was contracted to SPL outfit, St Johnstone.  His footballing journey began with his local side, Fleetwood Town, before the talented youngster was snapped up by Premier League giants, Manchester United, joining elder brother Sam on the books with the Red Devils.

Being schooled at Old Trafford and developing his game, Johnstone’s next move was with another footballing powerhouse, Sunderland AFC. The ‘keeper trained alongside the first team throughout his time with the club, with his game time coming at U23s level.

Having grown up in Preston, Max is now looking forward to returning to local surroundings and furthering his development under Bentley’s stewardship.