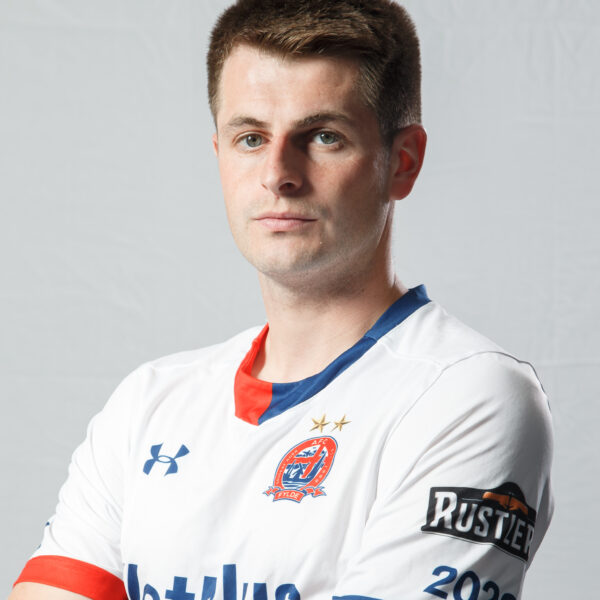 The 6ft 3’ former Northern Ireland U21 international signed for Jim Bentley’s side following his release from Macclesfield Town in 2020.

Nolan brings stature and experience to the heart of the midfield area, adding his presence to an already strong and exciting part of the pitch.

Starting his career with Premier League side, Everton, the Liverpudlian has the pedigree and background of being schooled at the highest level. Following his departure from Goodison Park, Nolan made his way to Crewe Alexandra, where he would become a valuable member of their first-team squad.

From Gresty Road, it was then a move over to Accrington Stanley. During his time at Stanley he established himself as an integral part of John Coleman’s side, as he was instrumental in their promotion as champions from Sky Bet League Two. Remaining at the Wham Stadium and playing in League One, a new challenge did then arise for the midfielder as he joined Salford City on loan. Once again, he played a part in a promotion-winning season, for the Ammies this time during 2018/19.

Now joining the ranks at Mill Farm, the winning mentality and desire for promotion played a major factor for both parties in the recruitment process of another impressive recruit.