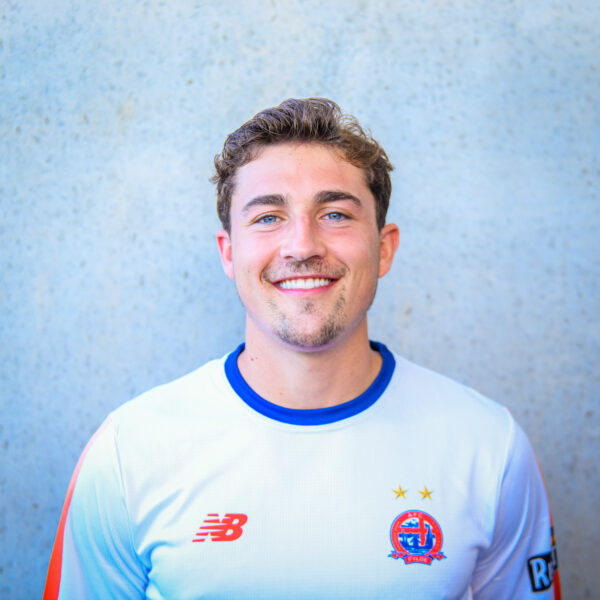 Joe Joined the Coasters on a short-term deal in the summer before signing a new one-year deal with the Club.

He came through Everton and Rochdale’s academy systems and signed his first professional contract with Scottish Premier League outfit Dundee United in 2017 before returning to England to sign for Warrington Town.

Piggott impressed at The Yellows, where he attracted the interest of Wigan Athletic. He went on to enjoy three years at The Latics. An injury-hampered loan spell at Stockport County followed a stint at Morecambe. Joe then spent a small amount of time at Altrincham FC before joining the Coasters.