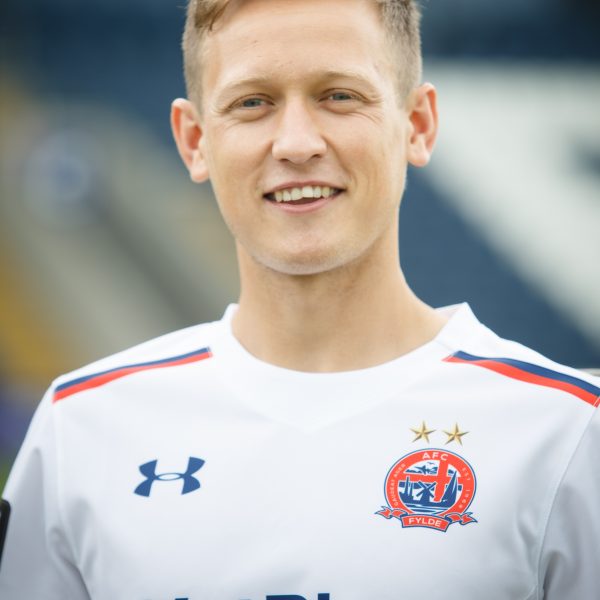 James Craigen joined AFC Fylde following his departure from Dunfermline – where he made 48 appearances in his time at the club.

Craigen’s move represents something of a homecoming, after having grown-up in Preston and playing for their youth team, before moving north of the border to join Edinburgh University.

After a successful trial with the Coasters which saw him feature in all pre-season fixtures so far, Fylde Manager Dave Challinor was delighted to bring him in.

James Craigen is sponsored by: