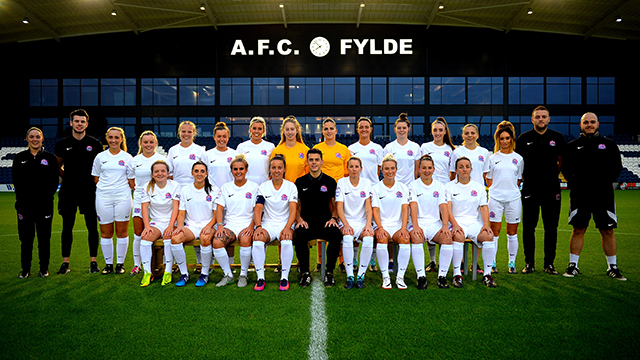 Penalty heartbreak for Ladies in Cup

After six goals, extra-time and a late red card, there was nothing between the two sides, however the hosts eventually sealed their place in the second round of the FA Women’s Premier League Cup in dramatic fashion in the sudden death shoot-out.

With the clouds looming over Eccleshill, Fylde Ladies took control of the game early on with Sophie Charlton opening the scoring in the 13th minute after some clever passing play caught out the Bantam’s defence.

The home side were struggling to break down a stubborn Coasters defence and they were resorting to long balls that were lapped up by the pacy Fylde centre-halves. The scoreline remained the same until the break with the Bantam’s backline holding strong despite pressure from the impressive Fylde side.

City were quickly out of the blocks after the break with Jess Graham rattling the crossbar early on. However, Fylde put themselves firmly back in charge when substitute Veatriki Sarri tucked the ball away from outside the 18 yard box following a mazy run.

With only ten minutes left on the clock, Laura Elford battered her way through the Fylde defence to smash the ball into the back of the net, giving the Bantams a glimmer of hope.

Then, with just six minutes later, Bradford found the equaliser when substitute Ellie Olds hooked the ball into the net after it landed kindly at her feet from a deflection to force extra-time.

The visitors made a positive start to the first half of extra-time, moving the ball around well to create a number of chances and they were back ahead when Greek international Sarri skipped past two challenges on the halfway line before launching an exceptional strike from fully 30 yards.

With time ticking away, Bradford came back once more when Elford lashed home a leveller after a fantastic break down the left wing from Lucy Preston. Elford’s afternoon turned sour moments later when she was dismissed for a rash challenge.

Bradford goalkeeper Natalie Saunders was the hero in the shoot-out, saving four of the six penalties as the home side won 3-2.

Fylde Ladies Manager Conrad Prendergast was staying positive despite the defeat: “It was obviously a disappointing result but a great test to have at this stage in the season. It will only improve our character and push us to work harder.”