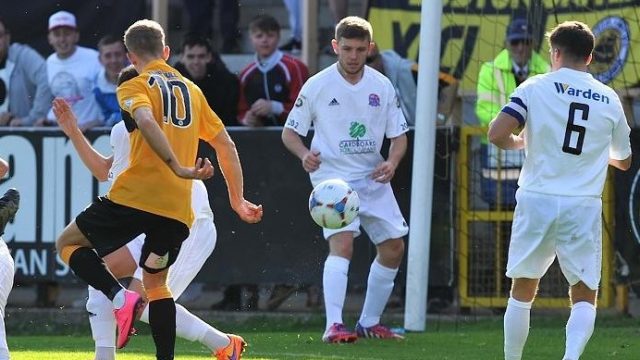 On this day in 2015, AFC Fylde beat Boston United in the National League North.

There was a debut for loan signing Akil Wright who now plies his trade at fellow National League side Wrexham. Richie Baker also replaced Caspar Hughes at right back who was suffering from an illness.

The best chance of the half came on 39 minutes when Blinkhorn combined well with Lloyd and Lloyd’s ball across the penalty area fell to Dion Charles but his effort was superbly saved by Jason Alexander in the Boston goal.

The second half was very different as three goals inside four minutes secured victory for the Coasters. AFC Fylde broke the deadlock in the tight encounter through Danny Lloyd on 59 minutes and killed off the contest courtesy of Richie Baker’s penalty on 61 minutes and Matty Hughes’ strike on 63 minutes.