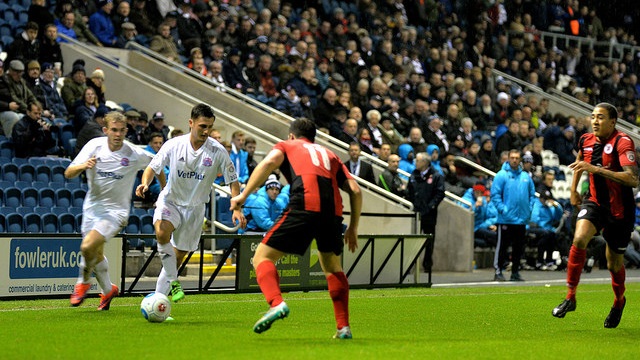 “Not the result we wanted” – Challinor

The Coasters were held to a 1-1 draw against Brackley Town in the FA Trophy first round yesterday and now face a long trip to Northamptonshire on Tuesday evening for the replay.

“It is what it is,” said Challinor. “It’s probably not a result either team would have wanted. In the first half, we dominated but we weren’t positive enough in terms of playing forward and on the one occasion where they got into our penalty area, they scored.

“That gives you a mountain to climb and it gives them something to hold on to. In the second half, on the balance, they deserved to win with the chances they’ve had. I don’t think that was particularly through them ripping us apart but through our sloppy play and our poor decision making.

“The FA Trophy isn’t our biggest priority but we still wanted to win and we’re disappointed that we haven’t. We’re in a position where we can rotate our squad and the team we put out was more than strong enough to win the game so it’s disappointing.”