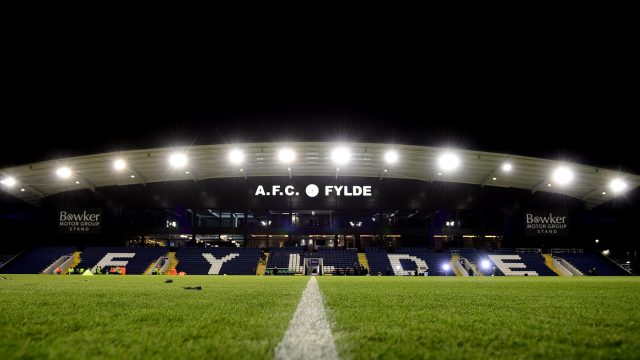 AFC Fylde regret to say that tonight’s game with Notts County has been postponed due to a waterlogged pitch.

As of around 2pm this afternoon, the pitch was deemed playable, but after rainfall being as heavy as it had been in the hours following, the referee has made the decision to cancel it.

All tickets for the rearranged game will remain valid for the fixture, which will be announced in due course.