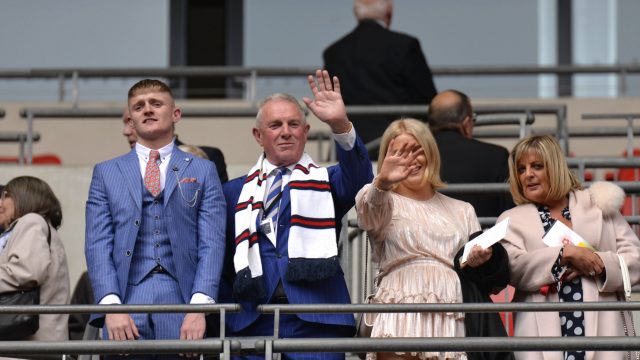 Despite not being able to find what would have been a worthy equaliser at Edgeley Park on Tuesday night, Chairman David Haythornthwaite was full of praise for the Coasters’ performance.

After conceding two quick goals, one a deflection and the other an own goal, the Coasters responded positively, mounting attack after attack.

However, despite the wide array of late chances, Jordan Williams’ 60th minute strike couldn’t be followed up with a leveller, in part down to the heroics of the Stockport County defence.

“Whilst we couldn’t add that important second goal, I was delighted with our performance,” said Chairman David Haythornthwaite.

“Apart from that ten minute spell when they “scored” their goals, I think we controlled the game from start to finish.”

“The two goals we conceded probably summed up our luck at the moment, but full credit to the players, who never gave up and almost pulled off a deserved comeback.”

“On another night we would have come away with three points, but Stockport defended very well – as Hartlepool did a couple of weeks ago.”

“We have definitely seen a different approach this year from our opposition, and we are going to have to adapt to that. Not many teams want to give us a game of football in its purest sense.”

“Whilst we are all disappointed not to be higher up in the table at this stage, the signs are there that we’re heading in the right direction, I thought Croasdale and Williams were absolutely outstanding, and Jordan Williams in particular worked like a trojan – he could be the signing of the season if he continues” said Haythornthwaite.

“But the whole team spirit was good, and If we can perform like we did on Tuesday, and tighten up our defence, then we’ll soon be right back up there.”

With this weekend’s clash with Barnet now rescheduled, The Coasters are not back in action now until September 14th when they visit Yeovil Town.

Coach travel for the clash is on sale now, and can be bought online at tickets.afcfylde.co.uk