Goalkeeper Sam Hornby has extended his loan deal with AFC Fylde until the end of the season.

The on-loan Bradford stopper has made thirteen appearances in all competitions for the Coasters so far this season, keeping five clean sheets.

Hornby’s initial deal would have seen his loan expire after the Sheffield United game, but after a string of top performances, Jim Bentley has moved to keep him at Mill Farm.

At Bramall Lane on Sunday, Hornby made multiple saves to keep the Coasters in the game with Sheffield United.

This included a fantatsic fingertip save onto the crossbar from a Leon Clarke header in the first half. Watch the highlights from the game here.

Keep up-to-date with AFC Fylde’s social media and official website, as an interview with Sam Hornby on the extended loan deal will follow later today. 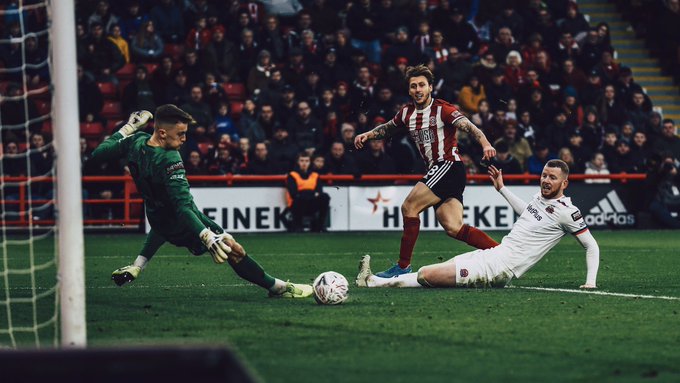 The Coasters continue their cup action this weekend, with the visit of Southport in the Second Round of The FA Trophy.

It’s a Saturday 3pm kick-off at Mill Farm, as the National League North side look to cause an upset.

Tickets are available in the club shop at Mill Farm, and online via tickets.afcfylde.co.uk