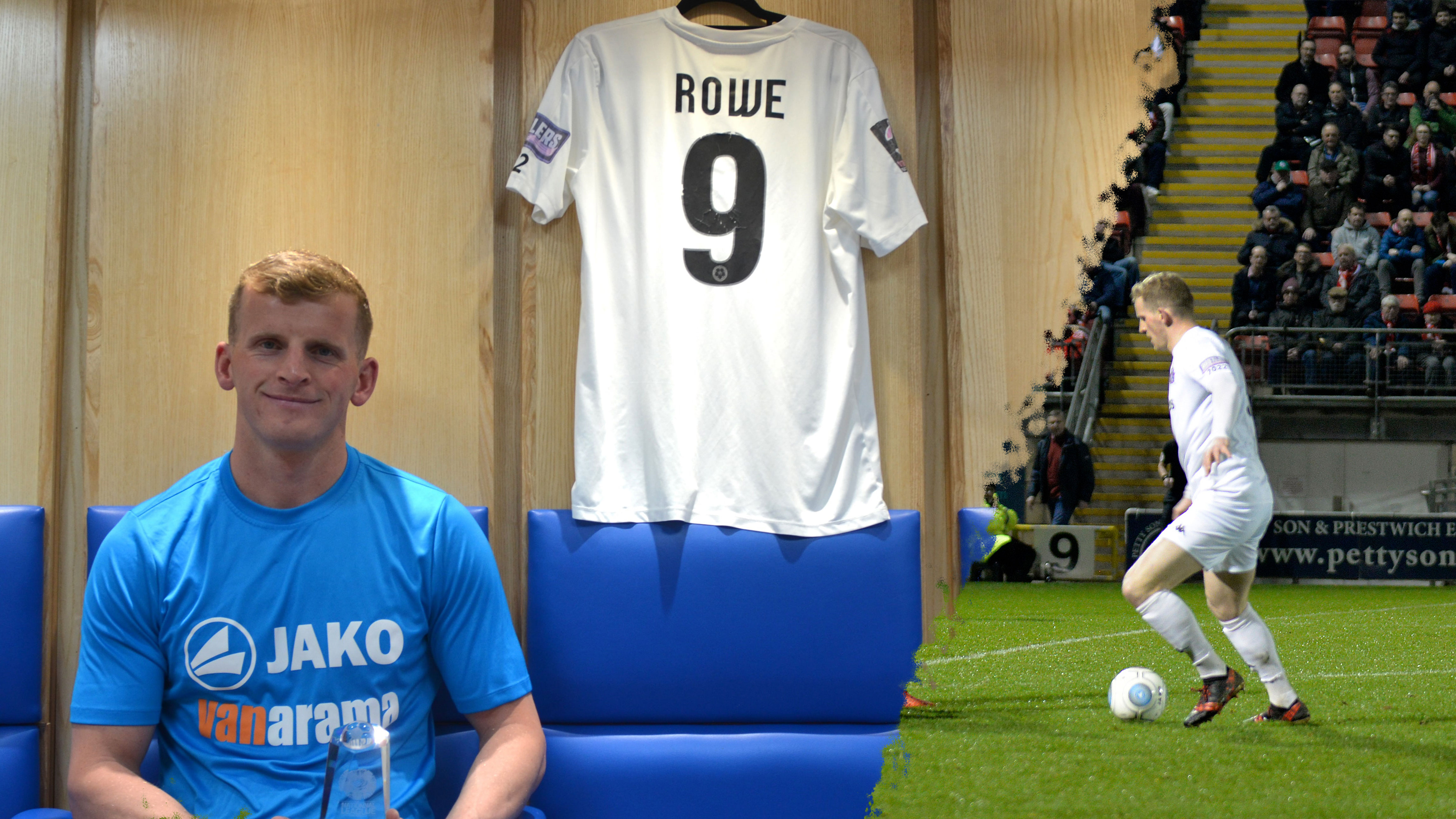 Rowe has fired 27 goals in 45 goals in the league this year, and has been vital in the Coasters playoff campaign, which begins against Harrogate Town at Mill Farm on Wednesday, 7pm.

Voted for by representatives from each club in the league, the Player of the Season award is retained by Rowe, following his win in the 2017/18 season too.

“Obviously with winning it last year, and not winning many Player of The Month awards this year, it was a surprise, but I’m really happy to win it,” said Rowe.

“Last year I was gutted as towards the end I lost out on the top goalscorer right at the end, but to get both of them this year is brilliant.”

WATCH: Danny’s recap on the season and his awards.

This season has seen Rowe hit his second highest tally for Fylde, netting three more than his tally of 24 last year, and adding a further four goals in the Buildbase FA Trophy.

“The main aim now is for us to be at Wembley for the playoff final, which we’ve fought for all year,” said Rowe. “We need to make sure we win these next games, turn up, and continue to show everyone what we are about.”

Tickets for AFC Fylde’s Vanarama Eliminator with Harrogate Town are now on sale.

They can be purchased through our online ticketing portal here, or in the club shop and over the phone.

Kick-off for the fixture is 7pm, and the game will also be broadcast live on BT Sports 1 from 6.45pm.