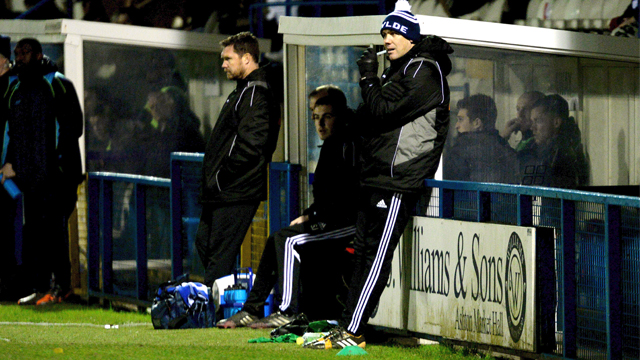 Challinor admits he was pleased that his side got themselves back into the game after going a goal down, but believes they shouldn’t have been behind in the first place.

“It’s difficult to say whether it’s a point earned to two lost. When you’re a goal down at half time you potentially see it as a point gained but on reflection during the whole 90 minutes we should really have won that game. We’ve missed guilt edged chances and probably not had that bit of luck in front of goal.

“We knew how they would come at us. They play at a high tempo and they are always in your face and work really hard and we knew we’d have to deal with that. We made a few substitutions to make ourselves more expansive and we managed to get the goal just after.

“Hughesy had a great chance to score when Sam slipped him through, but it just wasn’t our night and we now look forward to a really important game on Saturday.

“We’re expecting a tough challenge from North Ferriby, we know what they’re about and everyone knows how they play and what their threats are. They like to play off Tom Denton and no matter how well you play you have to accept that they are going to get balls into the box towards him and it’s then how you cope with his presence in the air.

“However, we know we have threats of our own and we think we can cause them problems too.”