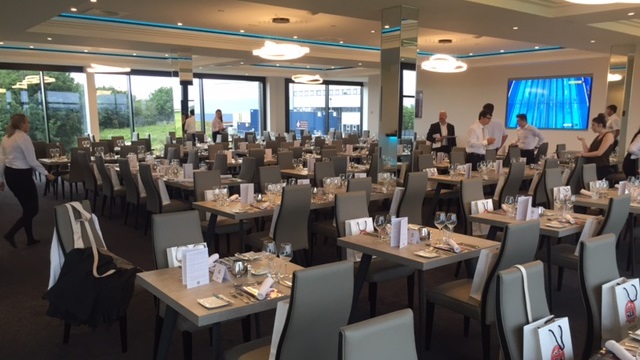 It may have gone down to the wire and we may have been applying the last few licks of paint on the day of the game, but we did it!

Mill Farm opened its gates for the first ever match against Brackley Town last weekend and what an occasion it was. There was a carnival atmosphere several hours before kick-off as fans filtered in looking forward to a first glimpse.

The executive boxes were finished just hours before the match but looked fantastic and received some wonderful feedback.

The changing rooms are Premier League standard and went down a treat with players and management alike … except for the lack of a toilet (don’t worry Mr Challinor, they are in now!)

Work has restarted on Milano’s Mediterranean restaurant and it is likely to be open in the next month or so whilst the impressive Chairman’s Lounge is well on the way to completion with a beautiful feature wall in place (see below).

David Chell, AFC Fylde Chief Executive, talks us through the success of the grand opening:

“In comparison with the corresponding fixture last season against Brackley and the opening game of the season, we saw around a 300 per cent increase in attendance, made up of almost entirely home fans, which was fantastic.

“We have introduced a new ticketing system and other new technology over the summer and whilst we are still getting to grips with it, we are pleased to say everything worked to plan and received some very good customer feedback.

“We had over 100 people in Churchill’s enjoying matchday hospitality and all six executive boxes were in use. Again we had several compliments about the food and the service.

“Bradleys Sports Bar was jam-packed from 12noon, when traditionally football stadiums don’t tend to get busy until an hour before kick-off.

“Staff worked tirelessly from the groundstaff through the media team to everyone in the restaurant and the kitchens.

“National League representatives were in awe of the stadium and everyone commented on the fit-out and the attention to detail.”

The next match at Mill Farm is against Salford City on Tuesday night (kick-off 7:45pm). For tickets, click here. 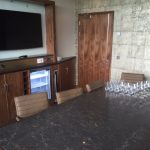 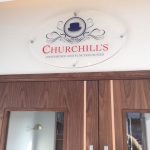 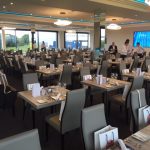 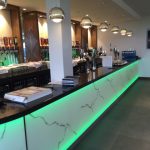