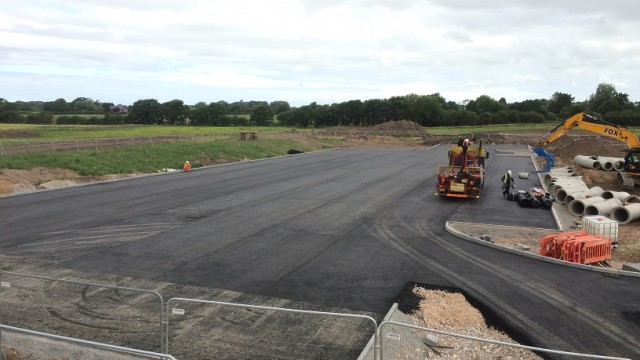 This week at Mill Farm, work has begun on the West Stand which will become a state of the art conference and banqueting centre.

Concrete foundations are being put into place for what will become the focal point of the complex and the home of AFC Fylde. 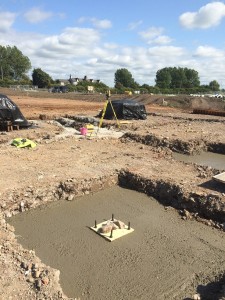 The foundations (pictured above) are measured in gridlines and a total of 22 foundation pads have been laid so far.

A large amount of preparation work is being done adjacent to the main first team pitch (below) with stone being laid down. This is where the large cranes will be operating from during the build. 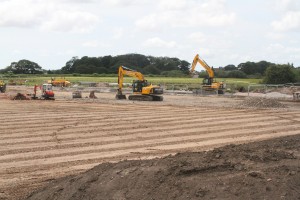 Stadium constructors Wardens new site set up is now compete and has been moved away from the site entrance to an area close by the football stadium. This will be known as Car Park 1.

Further work has seen footings placed for a footpath which will run alongside the main spine road (below) around the site. 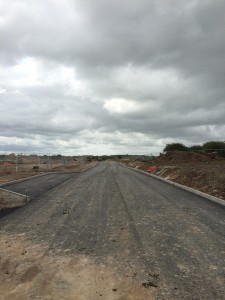