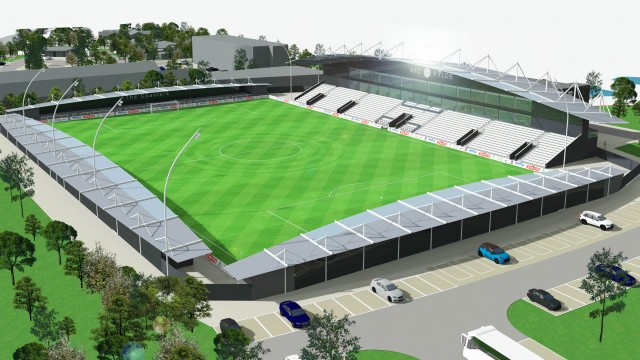 Mill Farm Given the Green Light

AFC Fylde are delighted to announce that the club has overcome what should be the final hurdle in their bid to build their new 6,000 capacity stadium at Mill Farm.

Chairman David Haythornthwaite was delighted with today’s decision saying: “This is a fantastic outcome for the football club and also for everyone who has worked hard over the past few months to get us to where we are today.

“There are still one or two hurdles to overcome, one of which is the legal challenge by the resident who has the house opposite regarding helicopter flights so we’ll have to overcome that before we can move forward.  We understand this will be dealt with as a one-off item at Fylde Borough Council’s Development Committee meeting on Tuesday, 6 January.

“This will hopefully be a nice Christmas present for the fans as many of you were regularly asking for further updates each week and I am delighted to be able to give you this news today.”

The club are confident that building work on the stadium the will be able to start as early as the first week in February and will take up to 12 months to complete.

David added: “We’re always trying to take the club forward and we’re in a great position on the footballing side so we’ve got to give the manager and the players a great ground to play in and that’s always been our aim.  Hopefully by this time next year we could be playing there which will be great.”