The Coasters made it two wins from two as they beat Gateshead 1-0, thanks to a 30-yard Nick Haughton strike.

In a game that looked destined to be a goalless draw, up popped Nick Haughton in what was the match winning moment.

It was the Coasters who started the game the better of the two sides. First, Jordan Hulme was denied by James Montgomery, then Haughton’s cross into the area flashed inches wide of Hulme and Tollitt in the six-yard box.

The visitors then had a chance of their own. Greg Olley found himself in on goal, but his effort went just over Chris Neal’s bar.

Dan Ward then went close for the hosts as his shot deflected off a Fylde shirt and into the arms of Neal, who gathered with ease.

Just five minutes before the break, Hulme was inches away from putting the Coasters in front. Hulme did well to work space for himself on the edge of the area, he unleashed a venomous shot towards goal, but saw his effort cannon off the post and back into play.

After the break, Luke Burke had a chance to put the Coasters ahead as he shot just past Montgomery’s post.

Jim Bentley’s side looked up for it and it was Haughton’s turn to have a go. A free-kick taken short eventually found its way to Haughton, he drifted in from the right and hit a left-footed shot towards goal and wide of the post.

Nathan Shaw’s introduction was almost a great one as his effort went just wide before Griffiths stung the palms of Neal in the Coasters goal.

Then, the breakthrough. Tollitt found himself out wide with the ball at his feet, he set it back to Haughton, he took one touch out of his feet and hit a superb strike into the top corner to give the Coasters the lead.

The hosts looked for an equaliser as Macauley Longstaff volleyed just wide of Neal’s post.

In the dying embers of the game, the hosts had another effort towards goal, but as always, the superb Alex Whitmore was there to throw his body in the way and head clear. 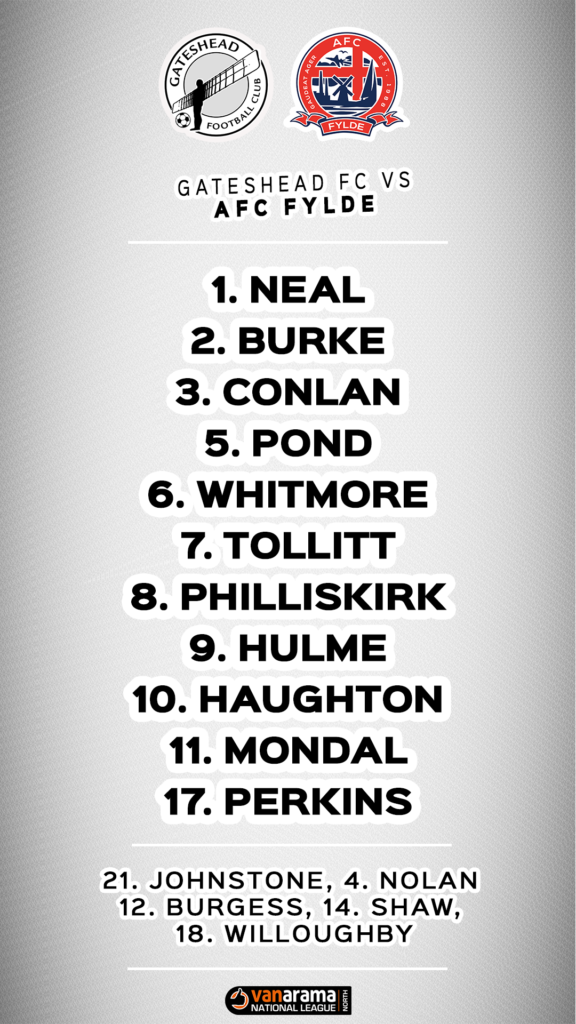