AFC Fylde made it back to back wins in the league, as Danny Philliskirk’s first half bullet was enough for Jim Bentley’s side to claim their first win at Wrexham.

The Coasters named an unchanged side from Saturday’s 3-0 victory over Dagenham & Redbridge, with captain Lewis Montrose on the bench.

Fylde’s first attempt on goal came from Mark Yeates who cut in from the left wing before unleashing a low strike that was gathered by Wrexham keeper Lainton.

Dan Bradley’s foul gave the home side a set-piece opportunity, as Sam Hornby was forced into a save from Jake Lawlor’s header down low to his right.

Just before the half-hour mark, Fylde took the lead, as neat play from Danny Rowe and Jordan Williams got the Coasters up the field and into a dangerous position.

Rowe played the ball across to Danny Philliskik who took a touch before firing into the bottom corner from outside the area, netting his first goal of the season.

Fylde oozed confidence, and a ferocious Danny Rowe effort from distance was the closest Fylde came to adding a second before the interval, but Lainton made a smart stop. 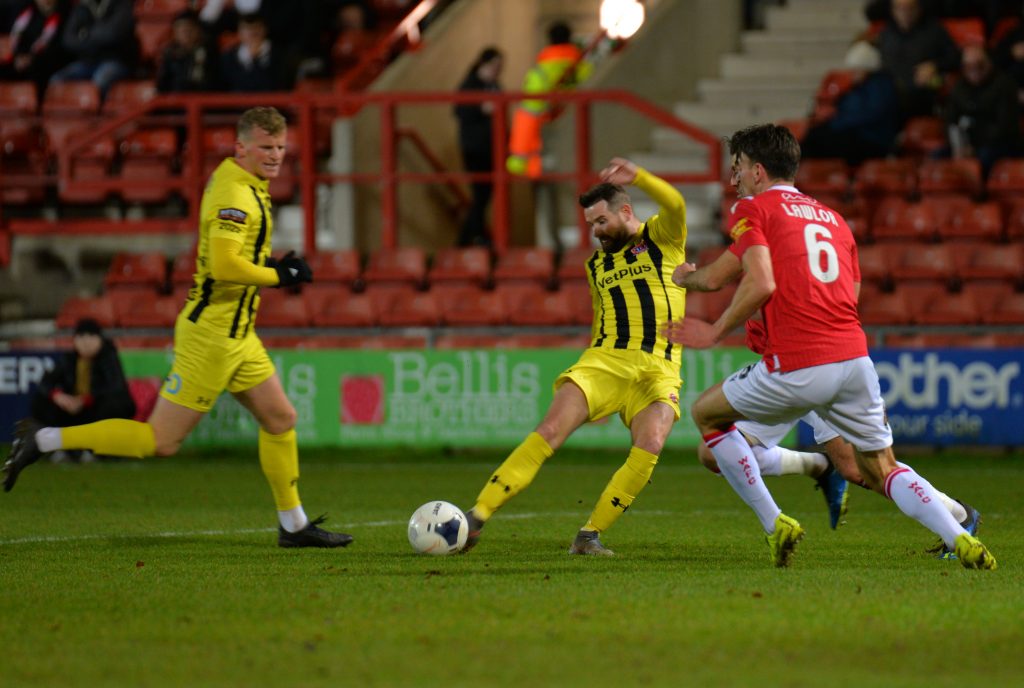 The home side looked to start the second period better than they had finished the first, and were on the front foot immediately.

A curling Paul Rutherford effort threatened the far post where it was met by Sam Hornby, before a deflected Omari Patrick effort was well held by the Fylde keeper.

The home side’s impressive start to the half continued, as Omari Patrick found space with some impressive footwork before firing wide – it seemed he would be the most likely source to make something happen for Wrexham

Hearts were in mouths briefly in the Fylde dugout, as Wrexham had the ball in the net from a looping Akil Wright header – however the referee disallowed the goal due to a foul on Sam Hornby from Bobby Grant.

Striker Danny Rowe was replaced following the hour-mark by skipper Lewis Montrose, who is continuing to build up the minutes on his return from injury.

Fylde soaked up pressure and looked to threaten on the break – with Ryan Croasdale galloping through on goal from a clever Mark Yeates ball.

Croasdale was in two minds though, and was unable to fire past Rob Lainton, who made an important stop with his feet.

Yeates was soon at the heart od another Coasters counter – this time his cross-field ball picked out Dan Bradley, who forced a save from Rob Lainton from close range.

The home side forced a flurry of late corners, but were unable to break the Coasters defence  – who held on for another clean sheet under Jim Bentley, and an important three points away from home.

To listen to Jim Bentley’s thoughts on the win – click here.