AFC Fylde booked their second trip to Wembley in a season, with a win against Solihull Moors setting up a Promotion Final on May 11th.

The Coasters made one change from their midweek win against Harrogate, with Alex Reid replacing Nick Haughton, in a system familiar to that which produced a 1-0 win against Salford City.

The first chance fell the way of the hosts, as Carter’s dipping effort from distance was tipped over the bar, with Bond mopping up the corner and relieving the danger.

With the Coasters first chance, however, they took an early lead and through a less than likely source at that.

After Burke’s cross was well controlled by Bond, Danny Philliskirk struck a wonderful first-time effort on his right foot, that nestled beautifully past Boot into the back of the net.

Although Solihull were straight back at Fylde, the next chance fell to the Coasters, and was so close to being 2-0.

Bradley’s deep cross to Rowe was fired back across the face of goal, with Philliskirk and Reid both their scrambling to turn it home, but to no avail.

Jay Lynch was quickly called into action, after a loose corner was struck well by Danny Wright, but the Fylde stopper was alert to make a fantastic low save.

Fylde’s next attack resulted in another key goalscoring opportunity, as Dan Bradley’s effort deflected off of a defender and onto the post, and eventually cleared. 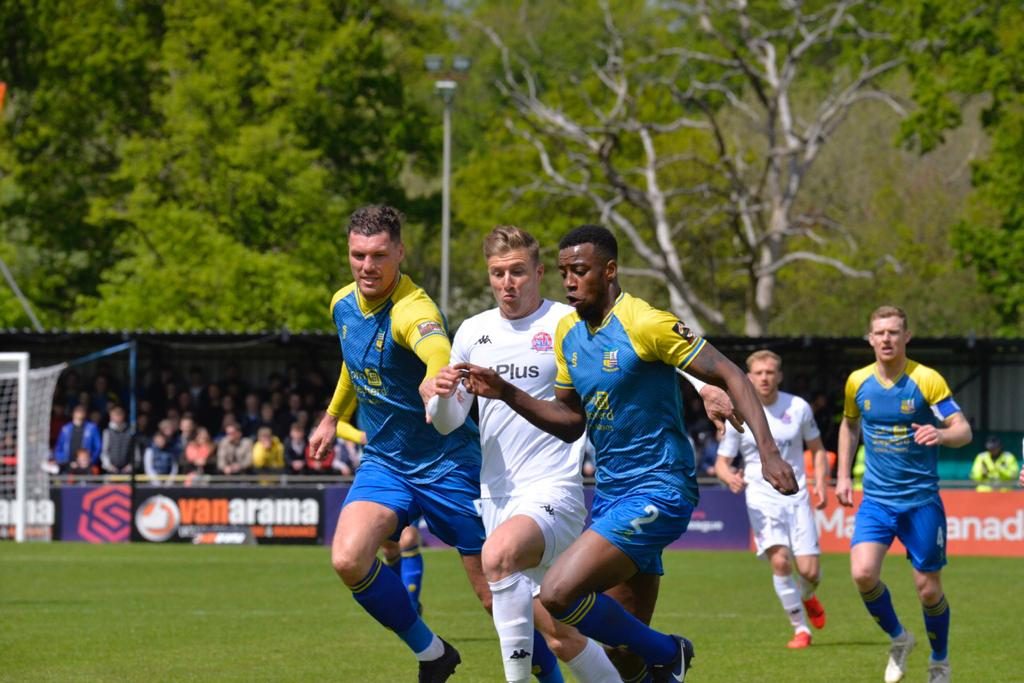 Whilst Solihull continued to load the box with long throws and corners, the Coasters kept to their way of playing too, with Rowe very nearly playing Bradley through one on one, only for it to hit his shoulder.

A quick Solihull Moors break saw Byrne bring Osbourne down late, with the captain picking up a yellow card.

The resulting free-kick was struck into the wall by Carter, before Lynch collected the follow-up cross well.

After a late challenge from Burke saw him enter the book, Carter’s long delivery caused a bit of chaos in the box, but once again the Coasters held firm.

Fylde had chances to double their lead, Alex Reid wasting a brilliant backheel from Bradley from 10 yards out – but in truth, it was a chance he had to take quickly.

Osborne went down after challenging for a header with Philliskirk, which he stood over with Carter. Carter whipped it in quickly and it was well met by Daly, but his powerful header flew wide of the post.

After a few more testing set-pieces, Fylde managed to take a lead into the half time interval, with 45 minutes separating them from a second Wembley final.

Osbourne had been the bright spark for the Moors in the first half, and came out swinging – with a low effort almost winding its way into the bottom corner, which Lynch watched thankfully wide.

With Solihull having made their first substitute introducing Hylton for Vaughan, they were lucky to keep 11 players on the pitch.

As Alex Reid went to head the ball, Liam Daly’s very high challenge caught Reid fully in the head, with the striker having to receive lengthy treatment for the injury.

The referee was quick to brandish a yellow card and remove any suggestion of a dismissal, and Daly could perhaps count himself lucky on this occasion.

Solihull Moors kept to the same script that had bought them success this season, and after 65 minutes a glut of corners put the Coasters under immense pressure.

As they had done on countless times this year, Fylde had Lynch to thank, as a fantastic point-blank save from Daly’s header.

This prompted a change by Dave Challinor, with Nick Haughton coming on to replace Dan Bradley, who had run himself into the ground.

The Solihull attack was relentless, with Blissett and Hawkridge joining from the bench to try and help the hosts draw level, with a headed effort from Wright veering wide.

Haughton’s energy and skill were showing, and no more so than when he ran at four players, before being hacked down, and winning a free-kick on the edge of the box.

The free-kick hit the wall, but Fylde looked to scramble together another attack, however, Bond’s cross was over the bar.

As the game drew to a conclusion, the fourth official indicated that six additional minutes would be played, due mainly to Alex Reid needing treatment.

With two of these gone, Osborne was bought down 20 yards from goal, and stepped up to try and level it.

His bending free-kick was nearly perfect, however, on this occasion, it glanced the outside of the post and behind for a goal-kick.

The Coasters suffered further aerial bombardment but held firm to keep out the Moors, and set themselves up to win one more game to reach the Football League. 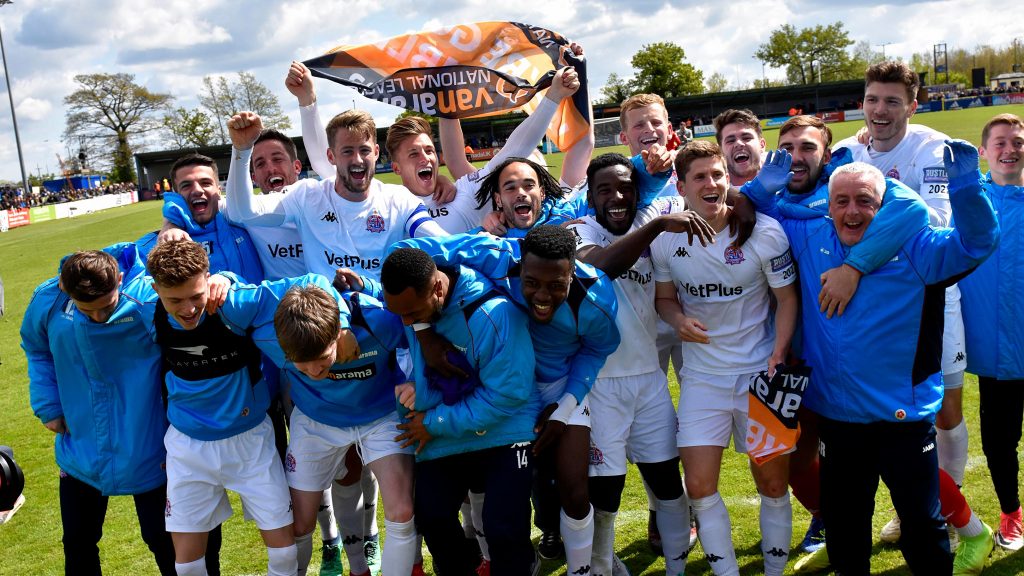 “I’m delighted, really proud. The players can enjoy tonight, before we reflect and focus on Saturday,” said Dave Challinor.