AFC Fylde’s fantastic first fifteen was the springboard for a resounding 3-1 win against Harrogate Town, in the first of the Vanarama Eliminators.

The game began with the Coasters controlling possession and looking very comfortable, with the league’s goalscorer Danny Rowe trying his luck early on.

A cross from the left was very nearly diverted into the net at high speed, but Lynch was alert to deflect it, and eventually behind for a corner.

The Coasters countered brilliantly, with Haughton and Bradley combining exquisitely, with the latter being hacked down by Emmett, who was shown an early yellow card.

Emmett was then the victim of a late challenge himself, as Philliskirk’s heavy challenge grounded the midfielder, but no booking was shown.

Then, Kitching’s effort at the back post was caught well, but scooped up routinely by Fylde’s Player of the Season Jay Lynch, who then quickly restarted an attack.

Fylde’s first corner of the game was then won by Francis-Angol, and taken by Rowe, a man who hasn’t been seen out there too often.

His corner was deep, and well met by Tunnicliffe, who sent it back into the danger area, with Ryan Croasdale poised perfectly to prod home.

It was the perfect start for a side who had been so impressive at home this season, and was duly deserved for the early dominance.

Just five minutes later, the Coasters had doubled their lead in somewhat bizarre fashion. National League Player of the Season Danny Rowe sized up an effort from almost 35 yards, and Belshaw lacked any conviction in saving it.

Instead, he palmed it onto the onrushing Andy Bond, who had followed up and steamed in superbly to nestle it beyond Belshaw, who was scrambling on the floor.

It couldn’t have been much more of a contrast from the Boreham Wood away tie last year, with the Coasters two to the good within a quarter of an hour.

Harrogate drew themselves into the game slowly with Senior’s free-kick from thirty yards met at the back post by Howe, who nodded it back across the face of goal, but Danny Rowe was positioned well and alert to clear.

Fylde then had a golden chance to make it 3-0 and put the tie out of sight, after Luke Burke’s looping cross found an unmarked Nick Haughton, who nearly diverted an uncharacteristic header into the back of the net.

Dan Bradley was next to try and grab the third, driving at goal, before sending a low effort angling into the bottom right corner, but it was well saved by Belshaw.

Harrogate wasn’t going down without a fight though, and Fallowfield’s run down the right was picked out exquisitely, with his cross causing real problems for Tunnicliffe who, in the end, did well to turn it behind.

Late on in the second half, the match very nearly turned on its head as Thewlis capitalised on a defensive blunder, and raced through on goal, only to go down after making contact with Lynch.

The referee wasted no time in pointing to the spot, and former Coasters player Jack Muldoon stepped up to face his former teammate Jay Lynch.

Lynch, who has had a phenomenal record this season with penalties, sprung himself to the right to deny Muldoon, in what was a pivotal moment in the tie, meaning the Coasters went in with a two-goal lead.

With Leesley replacing Senior at the interval, Harrogate made it clear, although it was no secret, that they were desperate for a goal.

It didn’t take long for them to claw one back, as a deep cross wasn’t cleared, and Thewlis was able to poke it beyond a sea of yellow and white shirts – crucially, though, it crossed the line, ricocheting off of Burke and in.

The barrage from the Yorkshire-man in yellow and black continued, with plenty of corners and long throws causing Fylde to defend very deep.

Reid was bought on for Philliskirk in a bid to stretch the game, with the striker playing furthest forward, with Bradley dropping into midfield and Rowe to the right wing.

Reid had the chance early on in his appearance to put the game firmly in the Coasters hands, after a breakaway cross deflected into his path.

The forward took a magnificent touch before catching it powerfully on the volley, but this time Belshaw was able to hold it.

As the league’s top scorers, Harrogate believed they could still make something happen, and with the introductions of Knowles and Thomson, rolled the dice with all of their changes.

Fylde had to defend vigilantly and be patient for chances against a relentless Harrogate side, with a great chance opening up in the 83rd minute.

Bradley slid in Reid who was in plenty of space, taking a touch before striking the ball goalwards, but Belshaw was to deny the on-loan Stevenage forward brilliantly once again. 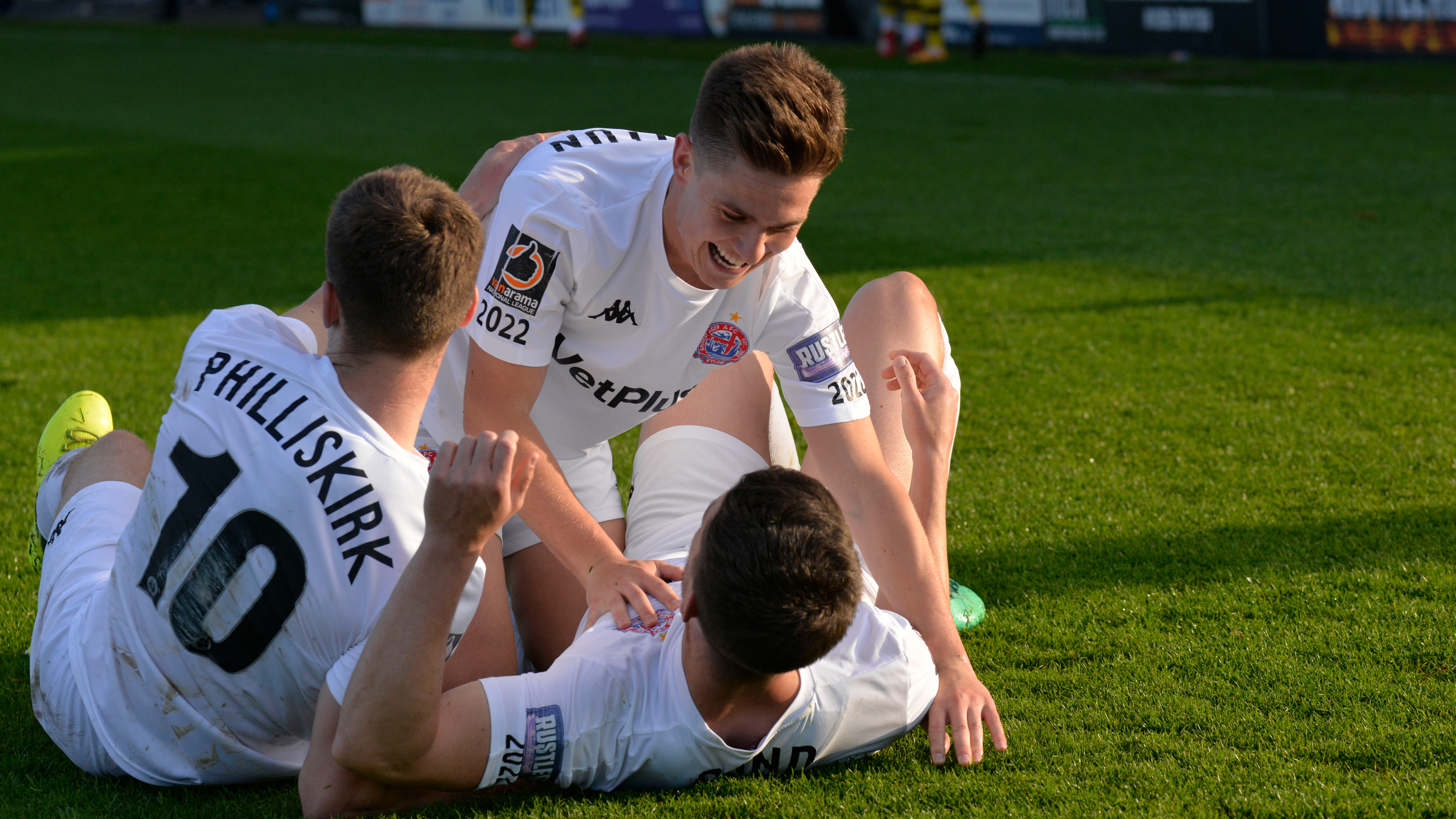 The game quickly opened up, with both Town and Fylde seeing the ball in dangerous positions, with Alex Reid the focal point.

His best chance came as Bond played him through one on one, he shifted onto his left foot before unleashing a first-time effort goalwards, but was in disbelief to see it cannon back off of the post an in to play.

More chances fell Fylde’s well, with Dan Bradley unable to capitalise on having two players in the box in the form of Crawford and Reid.

As the game drew to a close and Harrogate were desperate to equalise, Bradley more than atoned for his error.

Picking up the ball on the edge of the box, Bradley shifted back onto his right foot and unleashed powerful drive into the bottom left, sending the Coasters into a semi-final; one game from a second Wembley final, with the chance of reaching the Football League.