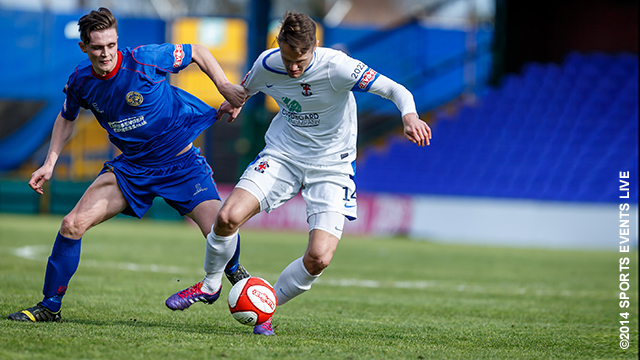 AFC Fylde secured a second pre-season victory of the summer on Tuesday evening, running out 5-0 victors over Nelson at Victoria Park.

Joe Booth opened the scoring before Richie Allen scored twice against his former club to give Fylde a 3-0 lead at the break.

And defender Tom Hannigan added the fourth late on before Joey Mullen added the pick of the bunch in injury time.

After Saturday’s 2-1 loss to Rochdale, manager Dave Challinor was keen to give his whole squad some added game time.

Danny Lloyd, Casper Hughes and Matt Blinkhorn all had efforts to double the lead but the second goal came from Allen on 36 minutes when Hughes’ through ball allowed him to round the keeper and tap home.

Matty O’Neill forced a decent save from ben Hinchliffe minutes before his namesake Joe was denied by the Fylde stopper and minutes later, Fylde had their third through Allen’s well-worked second.

The second half became more even as both sides made plenty of substitutions but The Coasters secured the win with three minutes remaining.

The ball struck the base of the post and it was defender Tom Hannigan who was nearest to smash it home from close range.

Then Joey Mullen made it 5-0 in stoppage time with a brilliant effort, beating the keeper from all of 35 yards.