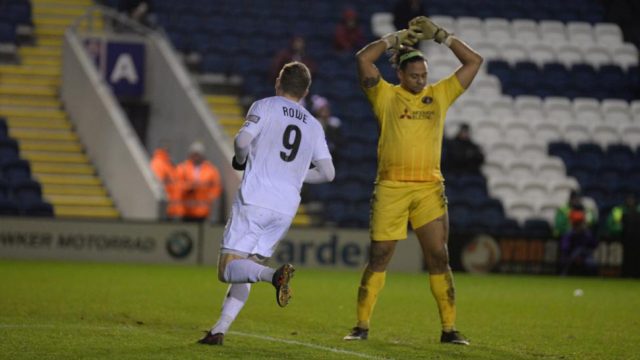 A goal in each half earned AFC Fylde an important three points against an in-form Ebbsfleet United at Mill Farm.

Goals from Ryan Croasdale and Danny Rowe ensured the win, on an afternoon where plenty of chances were afforded to both sides.

Lewis Montrose started his first league game of the season following an injury lay-off, whilst Tom Brewitt kept his place in favour of Jordan Tunnicliffe following his performance in The FA Trophy last weekend.

Whilst Fylde started the better of the sides, with Danny Rowe’s free-kick being tipped narrowly behind by Ashmore, it was the Fleet who grew into the game as the half developed.

The experienced Danny Kedwell was at the heart of it all, winning headers to bring in the faster attackers in the form of Bagasan and Whitely.

On 17 minutes, Whiteley had a golden chance to put his side ahead, as a corner fell to him unmarked – but his half-volley was deflected behind.

Although it was a dominant spell for Ebbsfleet, it was Fylde that found the breakthrough.

Moments after Gnahoua’s powerful effort flew just over the bar, the Coasters opened proceedings from a somewhat unlikely source.

Andy Bond’s dangerous low cross from the right wing was met by a fully extended Ryan Croasdale, who put the Coasters ahead with only his second goal of the season. 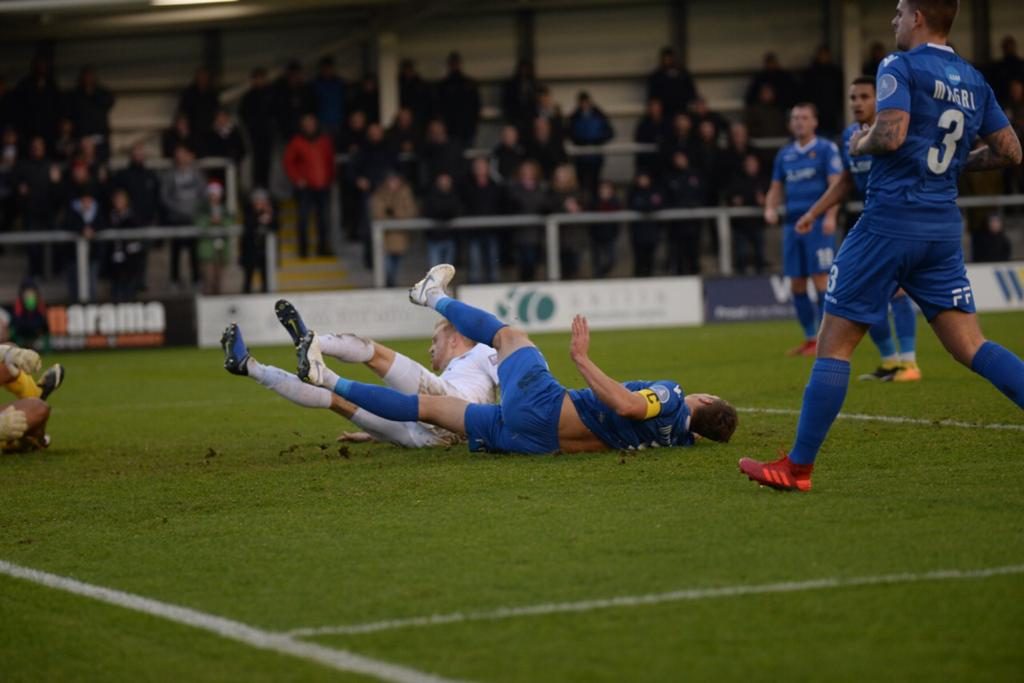 With Lewis Montrose back in the side in the defensive midfield position, Croasdale was given his more familiar role further up – repaying his manager’s faith in that decision.

This opening goal relieved the pressure and Fylde looked more comfortable, with Haughton and Gnahoua both going close before half-time.

The second half saw Fylde start to take control of the game, with returning captain Lewis Montrose working hard in centre-midfield.

It looked as if The Coasters might not find the second goal, as Nick Haughton’s deflected shot looped onto the bar, after he pulled the trigger following a mesmerising run.

Moments later, Andy Bond fired over from a couple of yards following Montrose’s overhead kick into the six-yard box.

However, the second did eventually come, after an absolute howler from Chris Bush gifted Danny Rowe one of the easiest goals of his career.

Bush failed to make any contact with the ball when attempting a clearance, and substitute Tasdemir nipped in, with his shot rebounding into Rowe’s path, who made no mistake.

The Coasters saw out the game, and made up crucial ground on the sides above them following a few favourable results.

“I thought we were fortunate to be in front in the first half,” said Dave Challinor. “They’re a good team, and we never expected it to be easy.”

“I can’t think of any individual battles in the first half we dominated – and we challenged that at halftime. If we let that continue, the game would have been down to luck who won.”

“But the reaction second half was fantastic. From minute one we dominated, and created lots of chances against a very good side, and this sets us up nicely for the next four games of this mini season [the festive break].”