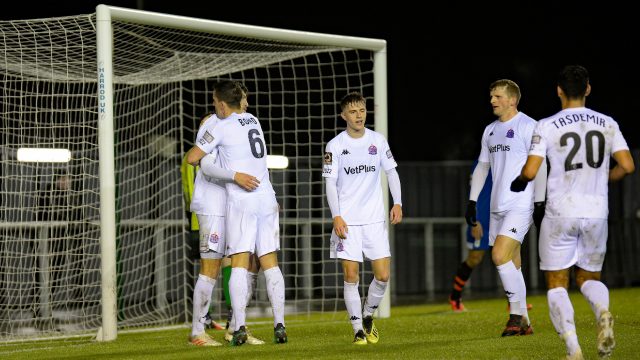 James Hardy returned to the coasters side after four months out injured.

Tom Crawford was in the starting 11 after joining on loan. Manchester United loanee, Tom Sang, started on the bench.

Fylde started the game brightly, knocking the ball about freely. Ramsbottom were trying to get in behind, winning freekicks in the last third but none caused the hosts any problems.

The first chance of the game came for the hosts when Serhat Tasdemir won a free-kick on the edge of the area. Danny Rowe took the set piece, but the ball hit the wall and Ramsbottom cleared.

Ramsbottom were having spells in the game, and some good play led to their first chance of the game. Iyrwah Gooden got in behind the Fylde defence to cut the ball back to Jamie Rother who’s shot was deflected out for a corner.

The corner was swung in by the visitors to the near post where Kieran Lugsden was there to head past Jay Lynch.

Fylde were looking for a way back into the game. Another free-kick was won which Danny Rowe stood over 30-yards from goal, he struck the ball fiercely towards goal, but Sam Ashton dealt with it well and Ramsbottom cleared.

Moments after a Ramsbottom free-kick zipped out of play for a goal kick, AFC Fylde got an equaliser.

Tasdemir played a lovely ball through the Ramsbottom defence to Danny Rowe, he looked up to see Ashton off his line which he took advantage of and chipped the ball over him and into the net.

The home side nearly had a second. Ryan Croasdale ran onto a loose ball just outside the area and shot first time, but that went just wide of the post.

Just before the break, Fylde had their second. A short corner was taken to Tasdemir, he took a touch and crossed towards the back post where Jordan Tunnicliffe was waiting to stab the ball home.

The second half started with Fylde keeping most of the possession which eventually led to the third goal for the hosts.

Tasdemir started the move by laying the ball back to Arlen Birch, he played a pass into Hardy who touched the ball around the corner of the Ramsbottom defence to Tasdemir, he shot first time slotting the ball into the bottom left corner.

On the attack again, Tasdemir nearly had his second goal of the game. Hardy, who was causing the visitors problems, used excellent trickery to get past his man and slip in Tasdemir, he shot first time, but the ball went just over the bar. 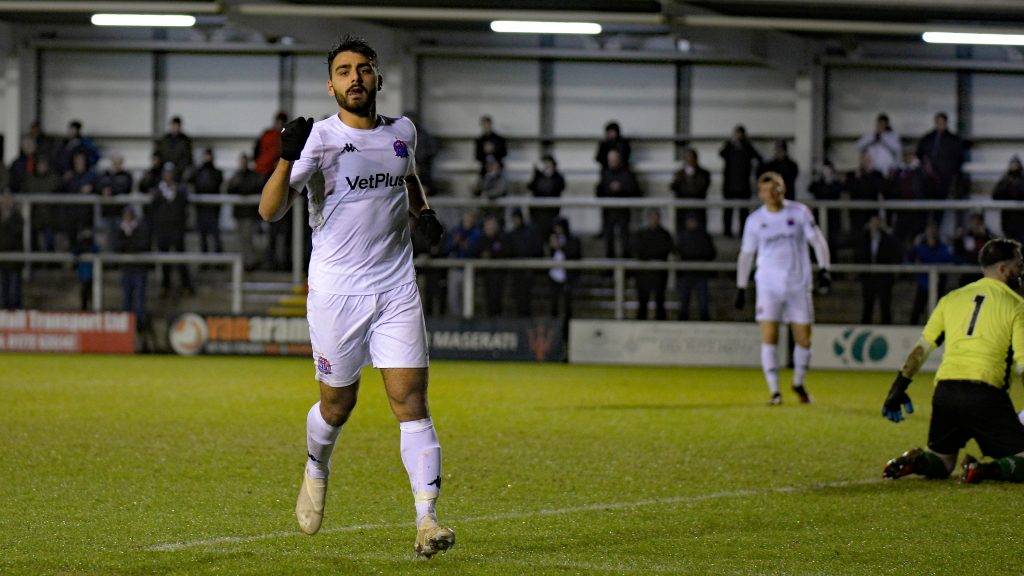 Another player causing havoc was Tasdemir. Tom Crawford picked the ball up in midfield and drove towards the Ramsbottom defence, he then found Tasdemir in the area who struck a fierce shot towards goal, but Ashton made a tremendous stop to keep him out.

Shortly before being replaced, Rowe had his second of the game. A ball over the top of visitor’s defence was latched on to by Rowe who volleyed superbly past Ashton in the Ramsbottom goal.

Ramsbottom won a corner and swung the ball into the area, the ball was close to Lynch who came and punched it away, but only to Edward Moran who shot, but the ball fizzled out for a goal kick.

The visitors wanted another goal. This time, Rother received the ball on the edge of the area and shot towards goal, but his curling effort brushed the top of the netting.

With the game in added time, Fylde had one last attack.

After receiving the ball on the halfway line, Andy Bond made a surging run into the opposition area and got a shot away, forcing one last save from Ashton.

“We didn’t play well enough first half, but had a great reaction following their goal,” said Manager Dave Challinor.

“They were organised they were resolute, they didn’t let us have the ball in certain areas. Our movement wasn’t what it should be because they worked their socks off.”