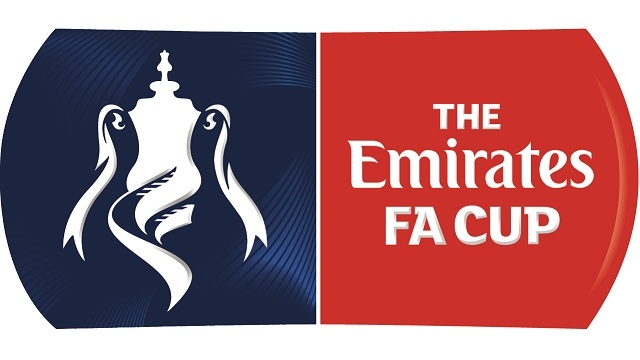 AFC Fylde eased into the final qualifying round of the FA Cup with a sensational 9-0 victory over Coleshill Town.

The Coasters swept aside their Midland League opponents with both Danny Rowe and Matty Hughes bagging hat-tricks in a landslide victory.
Danny Lloyd grabbed a brace and the impressive Dion Charles completed the scoring with a brilliant individual goal.
Ahead of the match, manager Dave Challinor made four changes to the side that beat AFC Telford a week ago.
Matt Urwin was preferred to Ben Hinchliffe between the sticks, whilst Dom Collins, Lloyd and Rowe came in for Tom Hannigan, Matt Blinkhorn and last weekend’s matchwinner Akil Wright.
New signing James Hardy, who had joined from Manchester City the previous day, had to settle for a place on the bench.
Challinor had warned his side against complacency prior to the game, so will have been delighted when the Coasters took the lead after just four minutes. Some neat play from Hughes saw him play in Alex Whittle, who in turn fed Lloyd to tuck underneath the goalkeeper and into the back of the net.
Lloyd and Hughes were a constant menace to the Coleshill backline and it was the latter that doubled the host’s advantage after just 12 minutes when he latched on to Sam Finley’s delightful through ball and stroked the ball past the Paul Hathaway in the visitor’s goal.
No sooner had Coleshill restarted proceedings when Dion Charles scored a wonderful solo goal within the same minute. Picking up the ball 50 yards out, the 20-year-old danced past four challenges before lifting the ball over the helpless goalkeeper.
Fylde could have added a fourth on 24 minutes when Charles broke into the area from the right and cut the ball back for Lloyd, but his effort was saved by Hathaway.
Charles was proving a real thorn in Coleshill’s side and only the goalkeeper prevented him from grabbing a second shortly before the half-hour mark with a smart save.
Winger Charles had another glorious chance moments later, but he fired over the bar after latching onto Rowe’s low cross.
The visitors fashioned their first chance of the afternoon shortly after when Brendan Murphy broke clean through, but he somehow dragged his shot wide of the post under no pressure.
Fylde would have been further ahead if it wasn’t for two fantastic saves from Hathaway, first denying Lloyd and then Hughes, both from close range.
The home side eventually got the fourth goal they deserved on 41 minutes, Rowe showing some fancy footwork in the box before curling a sublime shot into the top right-hand corner.
Five minutes after the break and Fylde were further ahead. A diagonal ball over the top was chested down by Lloyd on the left and his powerful shot was too hot for Hathaway to handle.
The lead was extended to six on 58 minutes, courtesy of a fine individual goal from Rowe. The frontman raced at the Coleshill defence, twisted and turned before slotting into the bottom corner of the net.
The goals kept on coming and it was Hughes who bagged his second, heading home from a Richie Baker’s corner on 61 minutes.
Coleshill managed a rare chance, but Urwin was equal to Luke Barlone’s powerful free-kick.
Charles then had a great chance for the hosts and was unlucky to see his diving header from Rowe’s cross come back off the post.
The score-line started to get embarrassing for the visitors on 78 minutes as Fylde fired in an eighth goal, Rowe smashing home from 25 yards to seal his hat-trick.
The scoring was completed in the final minute when Hughes fired home his third from the penalty spot after new man Hardy had been felled.

Keep an eye out for the next round draw on Monday morning (10.30am).

Man of the Match: Rowe
Attendance: 390