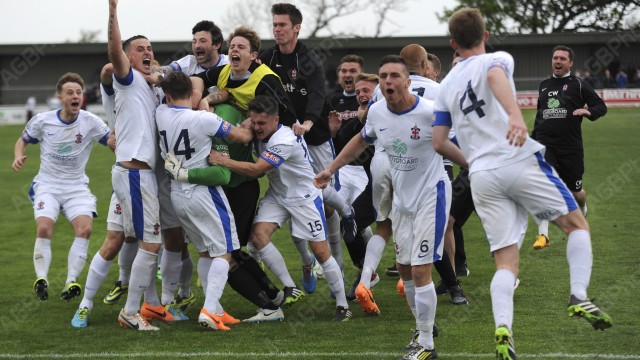 The Coasters get their pre-season campaign underway on Saturday (July 5th) when they travel to south-east Cumbria to face Kendal Town in the first friendly of the summer, just two months after winning promotion to the Conference North.

Dave Challinor’s side has seen one or two faces come and go already since the Play-off Final victory over Ashton United on May 3rd – most notably the departures of defender Matty Hughes to Stalybridge Celtic and midfielder Harry Winter to fellow promoted side Chorley.

But this will probably be the first chance Fylde fans will see the first two new signings in action with Michael Potts and Tom Hannigan set to make their debuts.

Kendal are no strangers to Fylde with the two sides having met five times already during Challinor’s two-and-a-half year reign at the club – the latter two fixtures coming in last season’s FA Trophy Second Qualifying Round where The Coasters needed a replay to get past the Mintcakes at their Parkside Road ground.

Even though this will be Fylde’s first game in their build-up to life in the Conference North, the lads have eagerly been back in training for a number of weeks and will be itching to be back on the pitch playing football again.

Kick off for this game is 3pm.