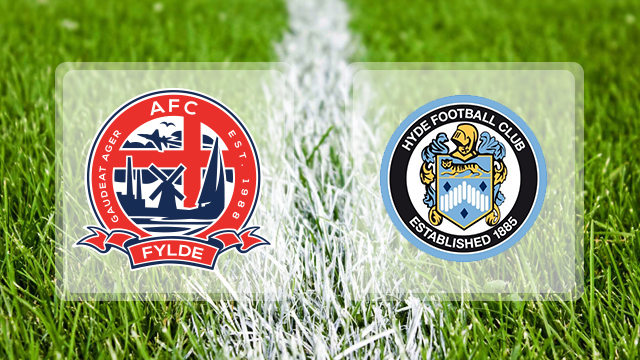 Top of the table AFC Fylde host rock bottom Hyde this Saturday looking to stay top of the Conference North league table with a victory at Kellamergh Park.

The Coasters climbed back to the top of the table after a convincing 4-0 victory away at Worcester City on Tuesday night courtesy of goals from Danny Lloyd, Danny Rowe and a Josh Wilson brace.

A win for The Coasters in two days time will guarantee top spot for at least another week, although Barrow have a game in hand over Fylde which they play in April.

This will be the first league game in three weeks to be played at Kellamergh Park,and The Coasters will have to wait another two weeks before playing a home game after this Saturday.

Since the 1-1 draw between these two sides in February, Hyde have only lost one of their five league games, winning one and drawing three.

Whilst Hyde could be relegated in the near future if they don’t win the majority of their games, The Coasters are looking to also get out of this league, but at the other end of the table. Although Fylde’s destiny is not in their own hands anymore, the belief is still alive and kicking in the hope of automatic promotion and a league title.

Admittance to this game is just £10 for adults, £7 for concessions and FREE to all U16’s and Armed Forces Personnel.