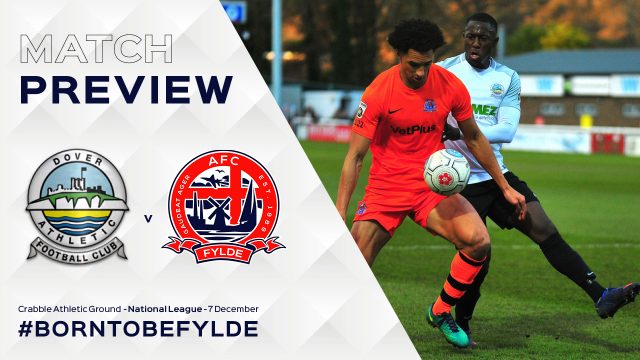 Looking at the Vanarama National League table, you might think Fylde and Dover could be a mismatch.

Whilst Fylde are flying high in the playoffs, Dover find themselves second from bottom – but there’s much more than meets the eye.

It was a disastrous start to the season for The Whites, who lost six of their opening eight games, including a comprehensive 4-0 loss to the Coasters at Mill Farm on 18th August.

Time was running out for their manager Chris Kinnear, and after he had just one win in 14 games by early October, he was sacked, and replaced by the then Eastleigh manager Andy Hessenthaler.

Hessenthaler’s time at the helm has been a slow burner, there’s no denying.

But with three positive results on the spin, including the scalping of playoff contenders Boreham Wood, he’ll have every confidence he can rescue his team from relegation.

It’s been all joy so far for the Coasters when the two sides have met, 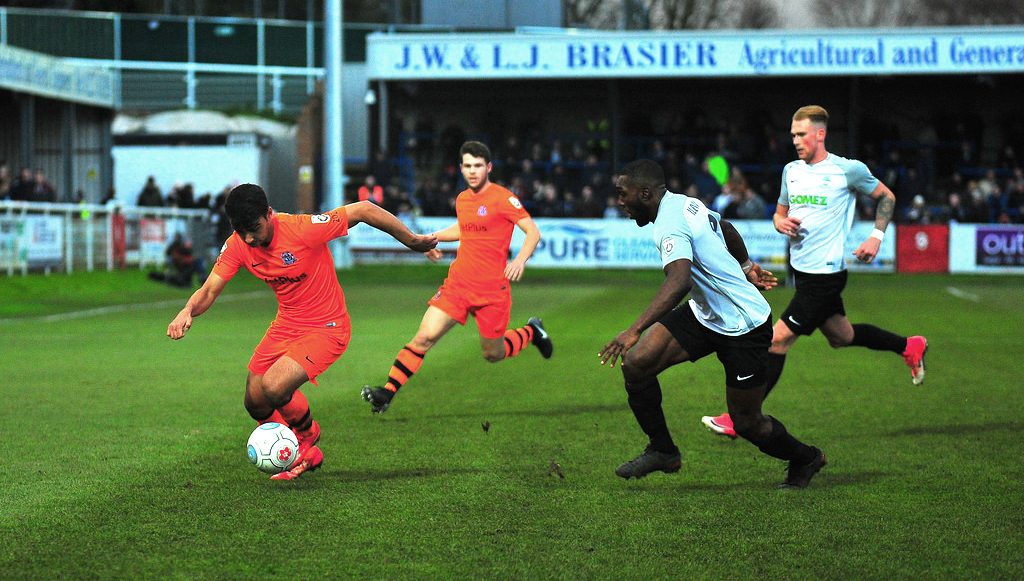 One To Watch: Inih Effiong

After going 13 games without a goal, Innih Effiong has finally come out firing – and The White’s recent turnaround is largely in part to his displays.

Scoring the decisive goal in wins against Hartlepool United and Boreham Wood, as well as opening the scoring at Eastleigh, has given Effiong a renewed sense of confidence.

Prior to this, Effiong had only been on the scoresheet in one game out of 19 – when he recorded a brace away against Harrogate Town in a 2-2 draw. 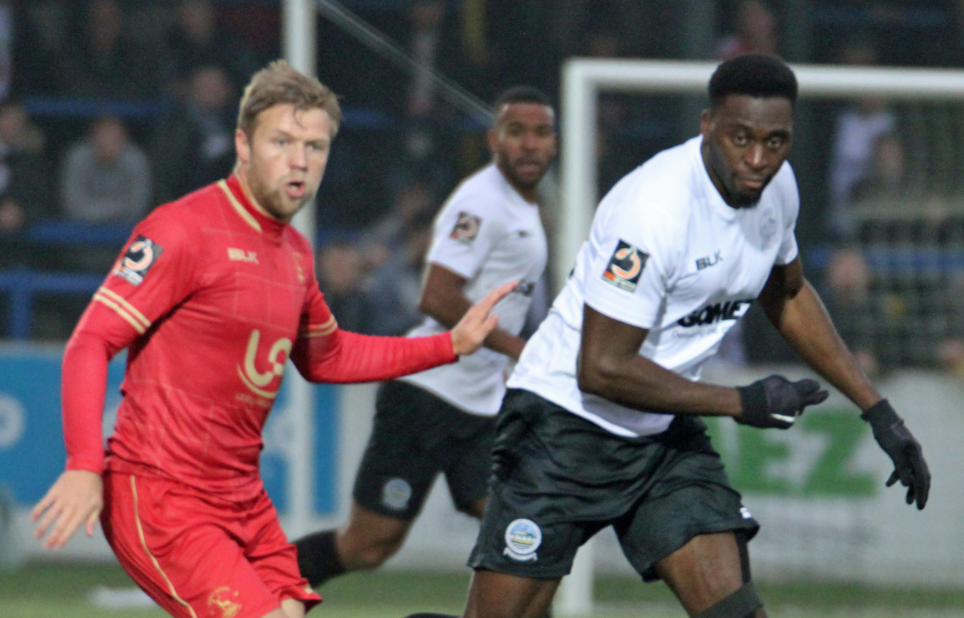 Now however, the powerful forward has the bit between his teeth, and his manager will be delighted to see that his faith in the striker is coming good.

Effiong had 10 goals for Woking in the National League by January, before tying up an ultimately unsuccessful move to Ross County – so he’ll no doubt be keen to surpass that total for The Whites.

Captain Mitch Brundle will no doubt play a large part in the outcome of the game too, having been ever-present at the heart of the Dover defence this season.

The versatile Brundle can play in midfield or at full-back and, having not missed a league game for Dover since he joined at the beginning of last season, will be crucial to setting the tempo for The Whites.

We caught up with Chally at training yesterday, as he reflected on Saturday’s draw to Sutton, and spoke of Dover’s “new philosophy” and differing formations.

The Referee for Saturday’s fixture on the South coast will be Carl Brook. Carl has already issued 40 yellow cards and five red cards this season.

He’ll have a way to go to match last year’s total though, where he issued 82 yellow cards and 9 reds – including two red cards in Dover’s home game with Torquay. 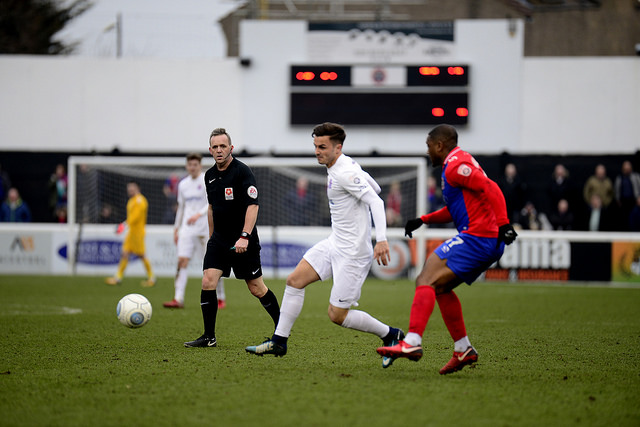 The only National League fixture of the Coasters he has officiated before was away at Dagenham & Redbridge last season where the Coasters lost 2-0, having four players booked in the process.

His Assistant Referees will be Ryan Head and Marcus Carmichael, whilst Daniel Procter has been appointed Fourth Official.

In a battle at the bottom end between last season’s National League South promoted teams, Havant & Waterlooville v Braintree Town face each other. Havant come into the game in much richer form, and will look to the reverse fixture, where they came away 4-3 winners for inspiration.

Chesterfield v Salford City will be another interesting one to keep an eye on – not least due to Chesterfield being on the worst run in their history, but also their best in twelve years. A draw will, if nothing else, keep the statisticians busy.

Finally, following the departure of manager Sam Ricketts to Shrewsbury Town, Wrexham will host Eastleigh at the Racecourse Ground. Whether or not Wrexham can keep their momentum post-Ricketts will be the question that looms large, against a steadily improving Eastleigh side too no less.