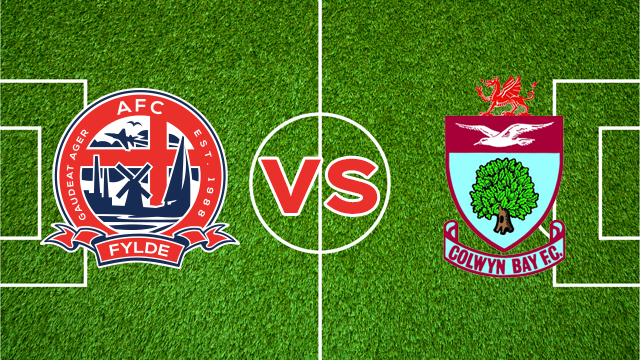 The Coasters go into the away game on Bank Holiday Monday against Colwyn Bay on the back of a home game against early table toppers Guiseley.

The reason why this is being written so early is that both Chris and Ben are away as of later today.

We find ourselves in mid table at the time of writing, before the Guiseley game, and hopefully we’ll pick up something against the men from Yorkshire. One thing we know for sure though is that no matter what the points tally is so far, we can look at this season in a different respect as we’ve been highly competitive in all of our games so far and hopefully this will continue, with a goal of consolidating our place in the Vanarama Conference North.

The Seagulls are languishing near the bottom of the table at the time of writing, having lost against Chorley and Boston after their opening day draw with Solihull Moors. They play Hyde on Saturday away from home in the early season battle of the bottom two teams and they’ll certainly be looking to win that game.

Boss Frank Sinclair will hope that Monday’s game will be a catalyst for their season but Coasters boss Dave Challinor will certainly have other ideas as he’ll want to win the game just as much as the Colwyn Bay side will want to win the game. Colwyn Bay also have Ade Akinbiyi on their books in one role or another, and with him and Sinclair in high roles at the club they have a wealth of Football League and Premier League experience at their disposal.

The game is a 3 PM kick off at Llanelian Road this Saturday and admissions details will be posted closer to the game.

Hoping for the best.