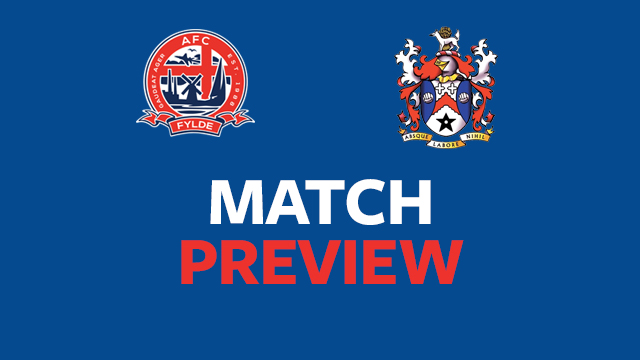 After a week of FA Cup excitement, focus returns to the league on Saturday as the Coasters take on Stalybridge Celtic at Kellamergh Park.

Both clubs progressed to the first round of the FA Cup, but will be keen not to let the lure of matches against League One clubs distract from this weekend’s fixture.

The Coasters go into this afternoon’s match looking to maintain their position at the top of the table, following a 2-1 win at Corby Town last time out in the league.

Stalybridge have made a solid start to the season and head into the match in 10th place. They were beaten 2-0 away at AFC Telford in their last league outing, however that has been their only defeat in their last 12 games in all competitions.

The spoils were shared last season with both teams earning a 3-0 victory on their own turf.

Captain Brad Barnes will be hoping to be involved after recovering from a neck injury, whilst Josh Langley has trained all week and is not far off making a first team return.

>Turnstiles open from 1pm. Fullers bar, offering a selection of alcoholic and non-alcoholic beverages, and the snack bar, serving local homemade food, will both be open from 1pm.

>Limited car parking is available at the ground on a first come first served basis. Surrounding roads will be coned off and there is no parking on the main road approaching the ground.

>Grab your new replica shirt and other merchandise at the club shop, also open from 1pm on a matchday.

>Pick up a match programme on sale inside the ground. The 48-page edition is just £2 and includes an exclusive player interviews, plus many other exciting features on both AFC Fylde and our visitors. Also available is the match day 50/50 which is growing in value by the week and gives you the chance to win a big cash prize!