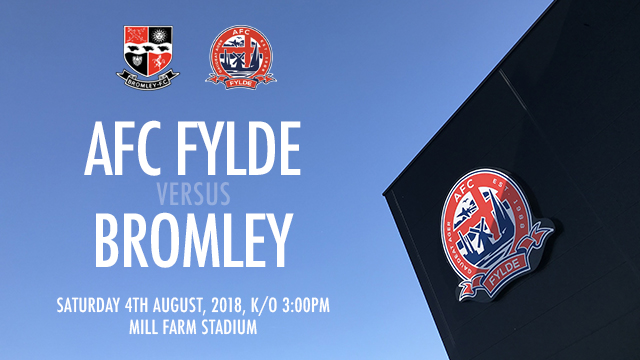 AFC Fylde get their 2018/19 campaign season underway tomorrow with a home game vs Bromley at Mill Farm.

The Coasters have had a very busy pre-season bringing in ten new players, the most notable being Ryan Croasdale who signed for £50,000 smashing their previous transfer record.

Dave Challinor’s side have come through a tough pre-season facing three Football League sides. It began against Preston North End who fielded a full-strength side whilst beating the Coasters 6-1. Next up they faced Carlisle United putting in a brilliant performance only to lose 1-0 late on due to a deflected effort. Local rivals Blackpool were next for Fylde where they produced a brilliant performance playing the League One side off the park for most of the game. Danny Rowe put them ahead early on, but it wasn’t to be as Nathan Delfouneso equalised for the Seasiders late on. The squad may be unfamiliar to most supporters as 10 players have departed and a further 10 have arrived. Manager Dave Challinor has a full-strength side to choose from with fans favourites Danny Rowe, Lewis Montrose and Jay Lynch all looking set to play a part in the opening home fixture.

Bromley Football Club was founded in 1892, switching between the Kent, London, Spartan, Athenian and Isthmian League before settling in the latter in 1952. They’ve won three FA Amateur Cups and were Isthmian League winners on four occasions, whilst their promotion via the Play-Offs in 2007 started a run of eight seasons in Conference South. On six consecutive occasions, they ended the season between 11th and 17th before a third-place finish in 2013-14 resulted in Play-Off semi-final defeat to Ebbsfleet United, only for them to claim the National League South title twelve months later. In 2016/17 the Ravens finished manager Neil Smith led the Kent outfit to a highly respectable tenth place finish in the top tier of Non-League, this was then beaten as Smith led them to 9th place last season – the highest placing in the club’s history. 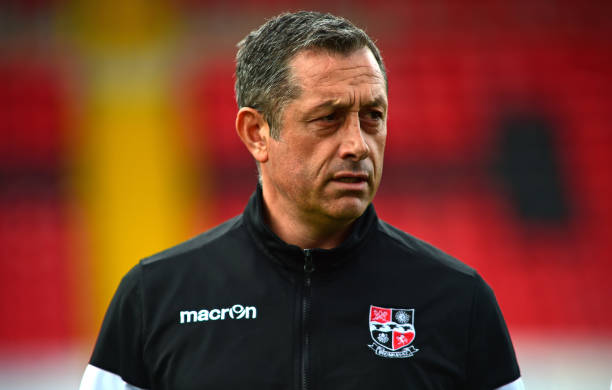 Neil Smith played more than 350 games in the Football League, for Gillingham, Fulham and Reading. He then switched to non-league football, making 142 appearances for Woking, in addition to brief spells at Welling, Bromley and Maidstone United.
He has been at The Ravens since 2011 working in various roles including, Academy Coach, First Team Coach, Assistant Manager and currently the First Team Manager. Last season Smiths side narrowly missed out on a play-off place finishing just 3 points below the Coasters as well as guiding the club to the FA Trophy Final.

Tomorrow’s game will be the third ever meeting between the two sides. The Coasters visited Bromley last season winning 1-0. The return game at Mill Farm was a little different, Bromley took a 2-0 lead until Rowe and Tasdemir both struck in the space of 3 minutes to secure a 2-2 draw.

One You May Know Former Premier League defender Roger Johnson has played most of his career in the top two English Divisions. He made his Premier League debut for Birmingham City before infamously joining their local rivals Wolverhampton Wanderers. Now 35, Johnson has been with Bromley since October 2017.

Lebanese international striker Omar Bugiel spent the latter half of the 2017/18 season on loan with the Ravens scoring four goals in 16 appearances. Following his brilliant form Bromley rewarded Bugiel with a 2-year-deal.

Tickets for the match are available to purchase on the day, alternatively, to book online please click here or contact our Ticket Office Manager Gary Scott on 01772 598855.