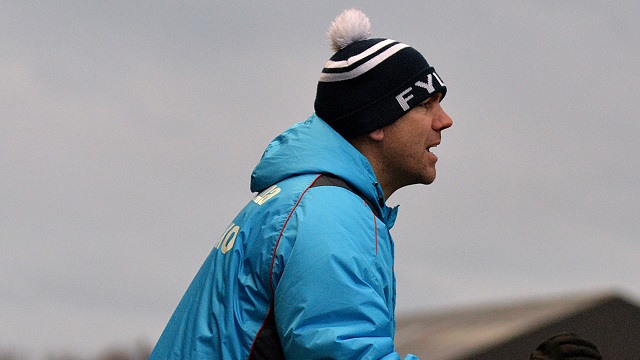 The Coasters saw their lead at the top of the National League North cut to seven points following the draw and Challinor has urged his players to ‘step up’.

“We looked like we were a nervous team out there. That’s something that we don’t need to be, we’re in a good position. Sometimes the manner of your defeats, when you have them, can have an effect. When we conceded today, that was the case.

“That’s when good players step up. It’s in difficult circumstances, having to move Bondy to the back is a massive loss for us in the middle of the pitch. Unfortunately, people didn’t step up, people went into their shells.

“We didn’t show enough urgency to go and look like we wanted to win the game. We looked more like a team that didn’t want to lose the game. When you do that, not only do you have to work hard, you leave yourself open. We were too safe.

“After that, people’s options on the ball aren’t as great and you make poor decisions. By playing the ball into isolated areas and not getting support to people, that’s the biggest disappointment.

“However, we can’t feel sorry for ourselves, we are having a bad time with injuries at the moment, but we’ve got to keep going, we’ve got to stick together. We’ll work hard this week, go to Brackley and look to get a positive result.”