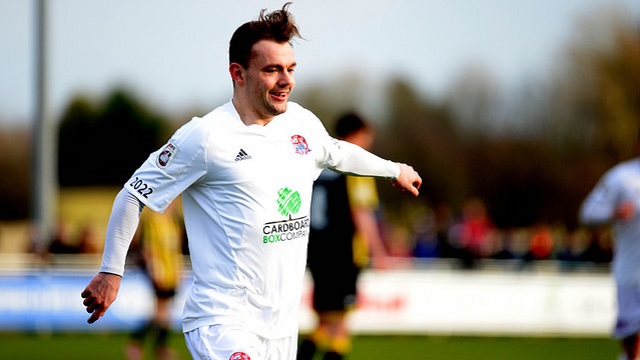 Which superhero as you most like?
I’d have to say Batman. I kind of like the idea of leading two separate lives.

If there was a big spider in the dressing room who is the most likely to run and hide?
That would probably be me because I absolutely hate spiders!

When was the last time you read a book from start to finish?
I have actually read a couple of books recently. I read one about sales strategies and I’ve also read Stevie G’s autobiography.

Would you rather your boss or your friends read all your text messages?
Definitely my friends because my boss would probably sack me if he read the group chats with my mates!

How many miles could you run without stopping?
That depends on how fast you are running doesn’t it … probably between 10-15 miles.

When was the last time you were star-struck or met a celebrity?
I wouldn’t say I’ve ever really been star-struck, but I did meet DJs Eric Prydz and Jamie Jones in Ibiza in the summer and I’d say that was up there.

Which Olympic sport would you be best at?
The high-jump! Haha!

Have you ever fallen over in public?
Thankfully no, not that I can remember anyway.

Which individual object is the most important to you in your house?
That’s easy, definitely my bed!

If you could only listen to one CD what would it be?
That’s a tough one because I like all kinds of music, but maybe a house compilation of some sort.

Cut out sausages or bacon for the rest of your life?
Sausages – I’m definitely a bacon guy!