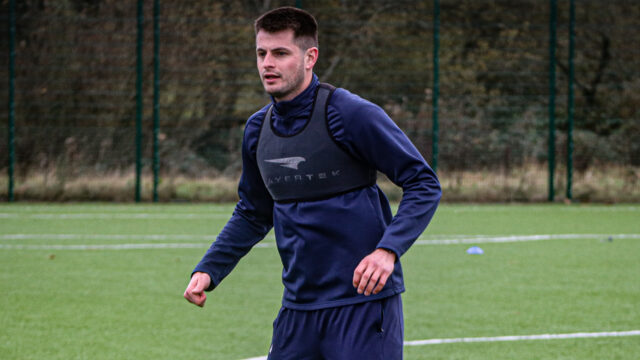 AFC Fylde can confirm that Liam Nolan has joined AFC Telford United on loan until the end of the National League North season.

The midfielder, who has made nine appearances this season, has moved to the New Bucks Head in search of regular first-team football after a stop-start campaign so far.

On Liam’s exit, Jim Bentley said: “With the signing of Danny Whitehead and the midfielders we already have in the squad, we thought it would be best if Liam goes and plays regular football at AFC Telford United.

“He’s a great lad who works hard and is liked by everyone at the Club – we wish him and Telford well during his loan spell.”

We would like to wish Liam all the best during his stay at AFC Telford United.