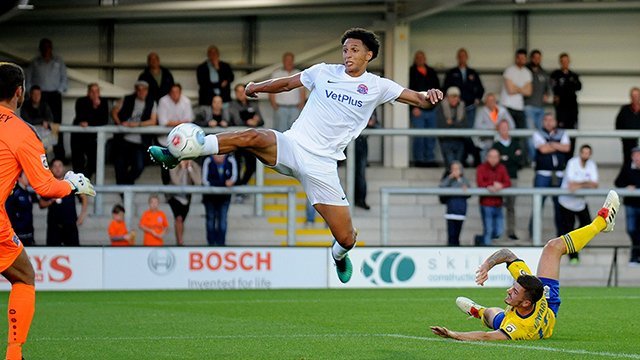 The club can now confirm the extent of Lewis Montrose’s injury.

Having been replaced during the first half of the Wrexham game, Lewis Montrose suffered a broken foot, for which he visited a specialist for this week.

The news wasn’t positive, and as a result Dave Challinor is braced for the reality that he may not see his captain back on the pitch this season.

This follows a tough season for Montrose, who was injured in the final game of pre-season and has suffered ongoing setbacks on his way back into the side.

The lay-off could be as much as nine weeks before Lewis is back in training, which would leave little time for his reemergence in the side.

The club will keep supporters up-to-date with Lewis’ progress, but for now, we wish him all the best on his road to recovery.