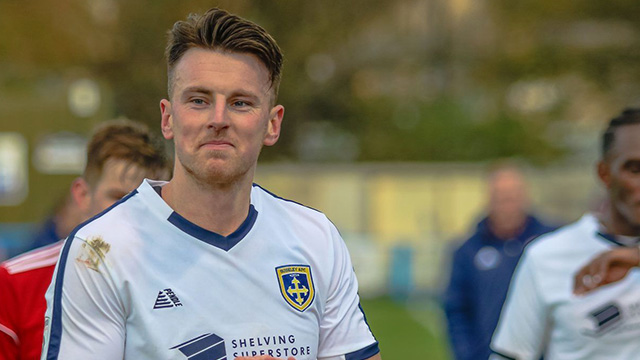 The 26-year-old, who can also play at centre-half, will join up with the Coasters until the end of the season.

Lawlor has made 24 appearances for the Lions this season, scoring twice. He originally teamed up with the Yorkshire outfit midway through the 2012-13 season and has gone on to become an integral part of the side, drawing interest from several Football League clubs along the way.

He helped Guiseley to promotion to the National League in 2014-15 at the expense of AFC Fylde, netting the winner in a 1-0 first leg play-off victory.

Manager Dave Challinor said: “We’ve had an interest in Jake for a long time. He has come in on loan for the rest of the season but it is something that could be of interest in the longer term too.

“He could be a really important player for us between now and May. Having someone that can cover different positions is massively important.

“Going forward, I see him as a centre half that is comfortable on the ball and can bring it forward. Physically he is a big lad, 6’4”, so he can do a job.”