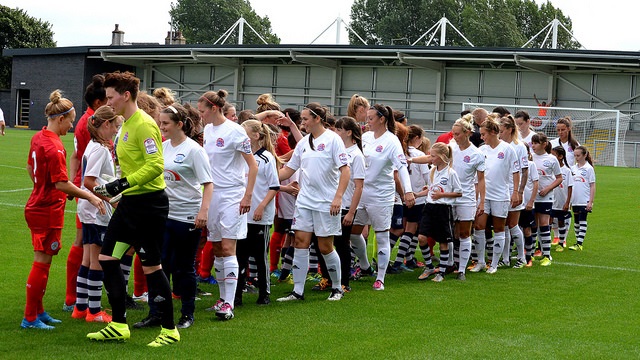 The new boss earned his first point at the helm last time out with a 2-2 draw at Huddersfield Town and will be looking to bag his first victory against Nottingham Forest on Sunday (k/o 2pm).

Prendergast suffered a narrow 1-0 defeat against table-toppers Blackburn Rovers in his debut match and is expecting another tough test against a Forest side that have hit a run of form.

“We go into any game expecting a tough time, and with them coming away from home they’re always going to put in a good shift, especially here at Mill Farm in these surroundings. It is bound to give teams a lift.

“We’re not going to be complacent against any team in the way we play and think it’s going to be a battle. Forest have achieved some really good results over the last few games and I don’t think their position in the table really reflects how good they are as a team.”

The Coasters have gone almost three weeks since their last competitive fixture, but the manager insists the team remain sharp.

“In training we’ve been raising the intensity levels to keep the girls on their toes and we’re making sure they’re working as hard as they would in a game. We try to make training as realistic as possible in terms of the effort the players put in.

“Due to the long gaps in the fixture list, we had been looking at getting a friendly in and I’m really pleased we managed secure a game against Liverpool’s first team earlier in the week. It’s was a really good opportunity for us to test ourselves against top opposition, but to also get another 90 minutes under our belts too.”

The game at Mill Farm will also see the return of Danielle Young, who has completed her suspension, and Prendergast has praised the winger for her efforts off the pitch since his arrival.

“She’s a true professional and she knows what is needed to really kick on to that next level. Even though she’s not been able to play, she’s been helping me get to know all the players which has been really good for me in my transition into the club.”

Tickets for the game are just £5 adults and FREE for Under 16s. Tickets are available on the day from the ticket office at Mill Farm or online via our website – click here to purchase.