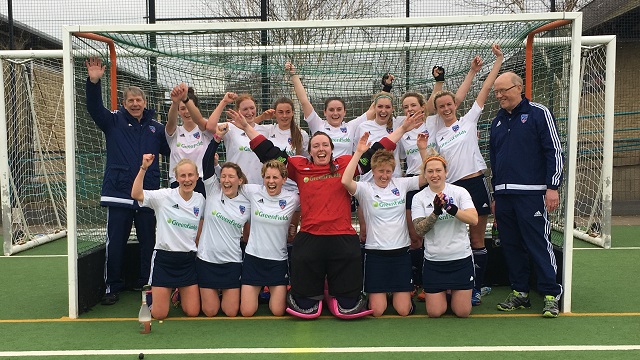 The Ladies faced Wakefield Ladies second team in the penultimate game of the season knowing that a point would seal the championship and confirm promotion.

The first half was a nervy affair with few clear chances for either side. However, Wakefield broke the deadlock three minutes before the break with an open play goal immediately following a penalty corner.

The frustration was starting to build for Fylde in the second half, however four minutes from time Sophia Crawshay scored another trademark one-on-one goal bring the scores level and guarantee a return to the Conference North League for next season.

The girls travel to Durham University tomorrow for their final league game of the season.