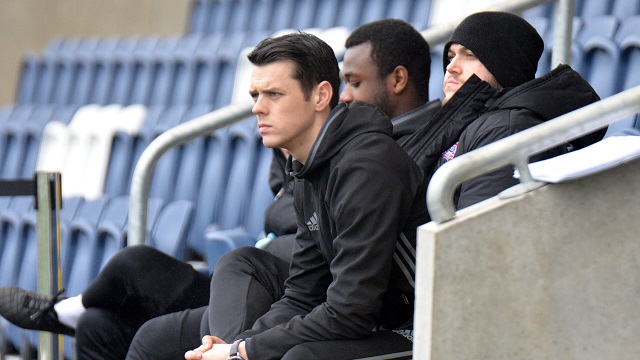 Fylde Ladies manager Conrad Prendergast admitted his side lacked a cutting edge in their final Women’s Premier League game of the campaign.

The Coasters suffered a 3-0 home defeat to Middlesbrough yesterday despite enjoying the better of the goalscoring opportunities.

Prendergast is now looking forward to putting a turbulent season behind him and starting afresh next term.

“I’m obviously disappointed but I don’t think that the scoreline reflected how we performed,” said Prendergast.

“We had plenty of chances but we’re not clinical enough. We’re looking around the changing room for someone that can provide those goals. A lot of other teams in our league have four or five that can score and we’re struggling for one at the moment.

“It felt like Middlesbrough had three chances and scored three goals. They’ve got a really good player in their number nine – as soon as she gets a sniff at goal, she’ll take a chance.

“It’s been tough to come into half way through the season. There was quite a bit of turbulence within the team when I came in, but everyone has done well to deal with difficult situations this season. We have had some really good results and then some just haven’t gone our way, like Sunday.

“Progressing and fighting for promotion next season is the one thing I told the team when I came in. This season was a write-off when I arrived because Blackburn had already sealed the deal on the league.

“It’s going to be a big push for us in pre-season and we’ll go into the first game of next season all guns blazing. We can make a real step in terms of getting that promotion into the WSL.”