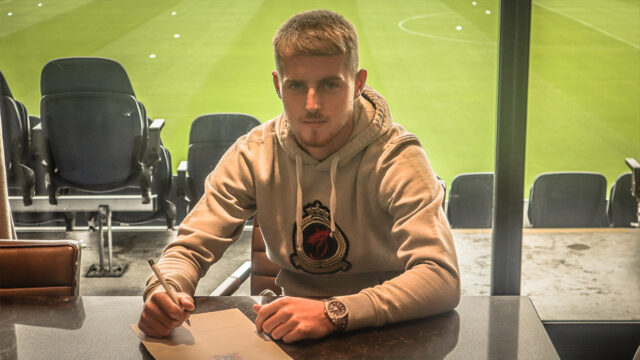 AFC Fylde is delighted to announce the signing of midfielder Keenan Patten on a permanent deal following the expiry of his Cardiff City contract.

Keenan joins the Coasters on a one-year deal, with the Club holding the option of a further year in their favour.

From Fylde Trialist to now a permanent signing, Keenan has enjoyed a good pre-season with James Rowe’s side and was on the scoresheet against Arbroath when they faced the Scottish Championship side during their week at St Andrews.

Patten, who is 21 years of age, came through Academy setup at Cardiff City and signed a scholarship in 2017/18, soon to be followed by a professional contract at his boyhood club in 2019.

No stranger to the National League North, Patten spent the remainder of the 2021/22 season at Hereford FC after signing for the Bulls on loan in January, with the Coasters now picking the energetic midfielder up following his exit from Cardiff.

On his latest addition to the squad, manager James Rowe said: “Keenan has impressed everyone while being with us in pre-season.

“He understands the transition he needs to make to kick his career on, and we are delighted he has chosen us to further his development. We are excited about his future with our Club.”

After joining the Coasters, Keenan expressed his delight: “It’s been a long pre-season, but I’m happy to be here and happy to sign – I can’t wait to get going now.