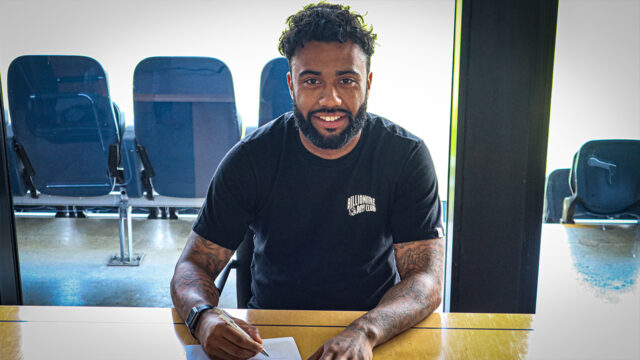 AFC Fylde is delighted to confirm the signing of defender Jordan Cranston, who will join the Coasters when his current Solihull Moors contract expires.

Jordan puts pen to paper on a one-year deal with the option of a further year and becomes James Rowe’s third summer signing, with the Coasters beating several National League clubs to his signature.

The 28-year-old, who is a former product of the Wolverhampton Wanderers Academy, spent most of his early career in the lower leagues with the likes of Nuneaton Borough and Hednesford Town before sealing a move to Notts County.

A left-back by trade, Cranston started to rack up several appearances when he completed a switch to Gateshead after impressing on trial for the Heed.

However, It wasn’t long after that Cheltenham Town realised Jordan’s potential, and he joined the Robins for an undisclosed fee.

No stranger to the Coast, Jordan spent time at Morecambe FC, where he won their 2019 Goal of the Season vote before later signing for Solihull Moors, and he now arrives at Mill Farm in time for the 2022/23 season.

After making Jordan his latest signing, manager James Rowe said: “It was clear when Jordan and I met, along with his experienced agent, that we were aligned in ambitions.

“Jordan’s adaptability to play different roles in the team is crucial for any side in the National League pyramid.

“Players that have won titles can add know-how in the changing room, and his strong character will be pivotal in our changing room.”

Jordan was delighted to get the deal over the line and added: “I’m delighted to get it sorted. It’s been a quick turnaround from last season, but I’m glad to get everything done so quickly.

“With the infrastructure, manager and ambition to get back in the National League, which is one of my aims, we need to kick on when we return for pre-season and achieve that promotion.”