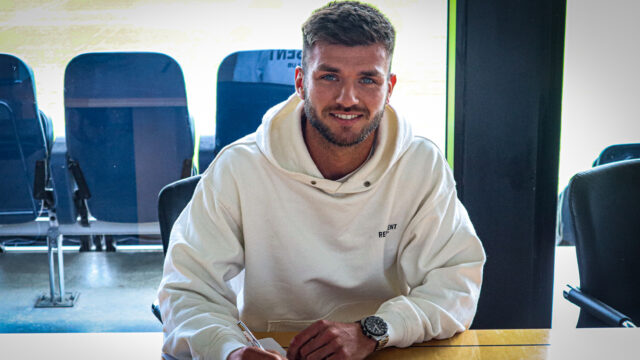 Joe Rowley Commits To The Coasters

AFC Fylde is delighted to announce the signing of attacking midfielder Joe Rowley, who will join the Coasters following the expiry of his contract at Chesterfield FC.

Joe commits his future to the Coasters by signing a one-year deal, with the option of a further year being held in the Club’s favour.

At just 23 years old, Joe has spent most of his career at the Technique Stadium, which spans back to the 2016/17 season, where he featured for the Spireites in League One & Two.

He became a Chesterfield regular from then on in, making appearances in League Two and the National League, which eventually led to an England C call-up in 2019.

Rowley spent two more seasons in the National League before temporarily switching to Kings Lynn Town on loan for the first half of the 21/22 season but now links up with manager James Rowe once again.

On the addition of Rowley, Rowe expressed: “Joe is obviously a player that I know very well. He was unlucky not to have featured more predominantly under my management in the past two seasons, after unfortunately suffering a few badly-timed injuries.

“He knows he will get a plan here and specific coaching to further develop his game. It is purely about fulfilling his undoubted potential here at AFC Fylde.”

Joe was delighted to commit to the Coasters and said: “I’m absolutely buzzing. When I got the call off the gaffer (James Rowe), it was an easy decision for me.

“The best thing for me right now is a fresh start, and I can’t wait to get going and play for Fylde and show the fans what I can do.”