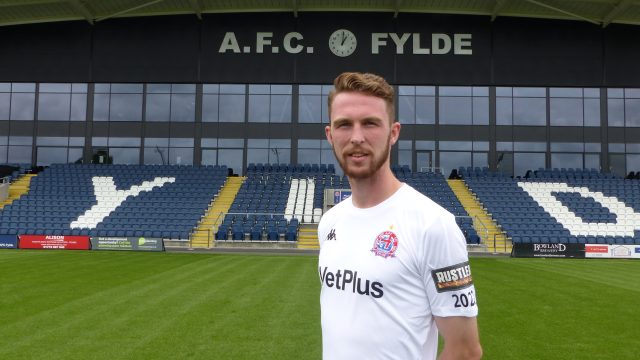 Kellermann started his career at Wolverhampton Wanderers, things didn’t work out and in 2016 he made his way to fellow National League side Aldershot Town.

He enjoyed a successful two years with the Shots helping them to reach the playoffs in both campaigns. Last season he made 38 appearances for the Shots scoring seven goals in the process as they finished fifth. His fine form caught the attention of St Mirren who signed Kellerman on a two-year deal in May.

When asked about signing for the Coasters Kellermann replied:

“I’ve never played at Mill Farm, Luckily I missed their 7-1 win against Aldershot last season, but I was here, and the facilities really stood out, once I knew that they were interested I knew it was somewhere I would like to play football.”

“I have had two years at this level and still think I have more to offer, personally I would like to add to the seven goals I scored last season and help AFC Fylde push for promotion.”