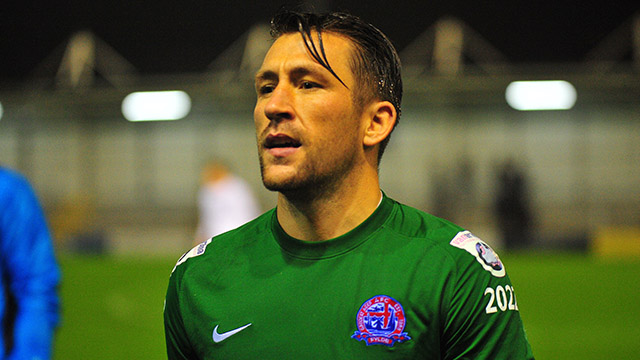 The Coasters are seven from eight in all competitions following the weekend’s impressive victory over Dover Athletic.

Their hosts went into the match second in the National League table, however a solitary goal from top scorer Danny Rowe handed Fylde a priceless three points on their longest trip of the season.

Lynch displaced rival shot-stopper Rhys Taylor between the sticks two months ago and has put together a string of sensational displays, notably at the weekend when he was named in the National League’s Team of the Week.

Lynch said: “Dover is well-known as a very tough place to go, but we had worked hard on what they did and the threat they posed. They man marked eight of our players but we won our individual battles and got the ball down and played.

“We knew that if were gave them space then they would trouble us but I thought the lads reduced the space really well and stuck to the game plan and came away with a deserved three points.

“I’m pleased to be in the team now and playing well. I’ve built up a good relationship with the back four and with Lewis (Montrose) and Jason (Taylor) sat in front of the defence. It’s been going well and long may that continue.

The former Salford keeper was also quick to praise the Coasters’ travelling support: “The fans spurred us on throughout the game and I could could hear them right from the other end of the pitch. It’s an awful long way to travel and they out sung the Dover fans for much of the match so full credit to them.”

Attention now switches to the FA Cup and Lynch admits he’s ‘buzzing’ ahead of the historic second round tie against the League One table-toppers.

“We are buzzing ahead of Friday’s game,” added Lynch. “It’s a break from the league, but we head into the game in top form and hopefully we can carry that momentum through into the FA Cup.”