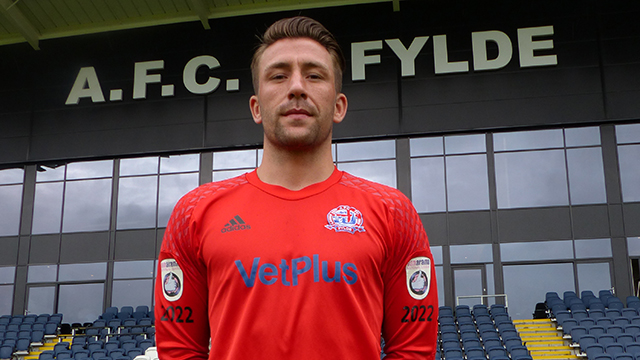 Jay makes it a famous five!

AFC Fylde have completed a fifth transfer deal of the summer with the signing of National League North Goalkeeper of the Year Jay Lynch on a two-year deal.

The 24-year-old stopper was named in the League’s Team of the Year following an outstanding season for Salford City, helping the Ammies to a fourth-place finish.

Lynch started his career as a trainee with Premier League giants Manchester United before joining Bolton Wanderers in 2010.

After progressing through their Under-18, Under-21 and Reserve sides, Lynch was named on the bench for three of Bolton’s Premier League games.

The goalkeeper switched to League Two Accrington Stanley in summer 2014, producing a man-of-the-match display on his first start for the club before moving to his hometown club Salford.

Lynch made over 100 appearances in three years as Salford twice won promotion before opting for a new challenge this summer.

Lynch will join up with his new teammates, along with fellow signings Jordan Tunnicliffe, Lewis Montrose, Zaine Francis-Angol and Henry Jones, as the Coasters return to pre-season training today.