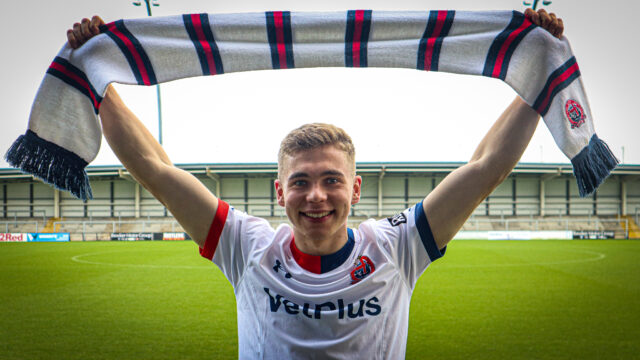 AFC Fylde are delighted to announce the signing of Jack Evans from Forest Green Rovers on loan until the end of the 2021/22 National League North season, as Jim Bentley continues to make additions to his playing squad.

Jack joins the Coasters in time for Saturday’s trip to the Your Co-Op Community Stadium, where we will face Leamington FC in our first fixture of 2022.

The 21-year-old began his career at Blackburn Rovers, who he joined at the age of six. After spending 14 years at Ewood Park, Jack turned professional in 2019 before moving on loan to Lancaster City.

Evans, who can feature as a left-back or central midfielder, moved to The New Lawn Stadium after being released from Rovers and made his senior professional debut in the EFL Trophy against Exeter City.

Jack has already gained many admirers with his ability, his level of fitness and his determination to succeed and is a player recruited by the Club with our challenge to gain promotion this season firmly in mind.

On Jack’s arrival, Manager Jim Bentley said: “Jack has good pedigree and was highly regarded at Blackburn Rovers and now Forest Green, and he’s a player we’ve been aware of for some time.

“He has struggled for match minutes because of Forest Green’s success this year, but he is an honest, super fit and talented lad.

“We want competition in all positions on the pitch and Jack will give us that within the squad.”