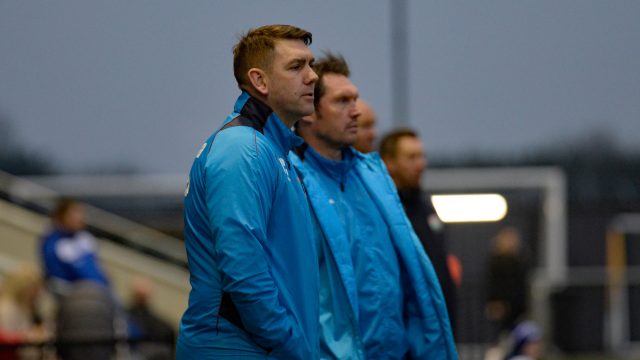 IT’S just two days now until the massive Buildbase FA Trophy fixture with Stockport County, a tie that will be a close affair, according to Manager Dave Challinor.

The Hatters are now the only obstacle separating The Coasters from the much desired Wembley final.

And with both sides demonstrating good form in their respective leagues, the boss is expecting this to continue into the cup.

“Although you’d think it would be quite a cagey opening, I think it’ll be open, and we’ll certainly go out there with the right mindset to make what we want of the game.”

“It’s important to take over the game from the start. I believe that regardless of what happens in the first leg, I’d still fancy us to win away from home as we have done on several occasions.”

Whilst the two sides are towards the top of their league tables, another table they are excelling in is the Fair Play one. Stockport County sit atop of the National League North fair play table, whilst the Coasters are in second in theirs.

“The way the two teams play, it won’t be an overly aggressive game when compared to the typical non-league game,” said Dave Challinor.

“There will be bookings, but neither of the sides are dirty; it will be really competitive considering the stage of the competition.” The Coasters’ current league home record is the best in the National League, and therefore the opportunity to start with a home tie isn’t one lost on the manager.

“It’s the same at the highest level if you look at the Champions League over the past two weeks, ties can easily be turned around. Certainly, with the inconsistencies at our level, anything can happen.”

“We’re going into Saturday to try and win, and regardless of that result, our mindset will not change for the second leg.”

“We’re certainly not going to shut up shop and allow momentum to switch – we will be positive and try and win to games, that would guarantee our place in the final.”

The Coasters will be forced to make some changes to Tuesday’s squad with Ash Hemmings, Dan Bradley and Lewis Walters are cup-tied.

However, positive news is the return of James Hardy from Halifax and some improvements to Luke Burke’s condition.

“James is back from Halifax earlier as he would’ve been cup-tied for the second leg if he had stayed longer than Saturday, and would have not been eligible for the final if we made it.” 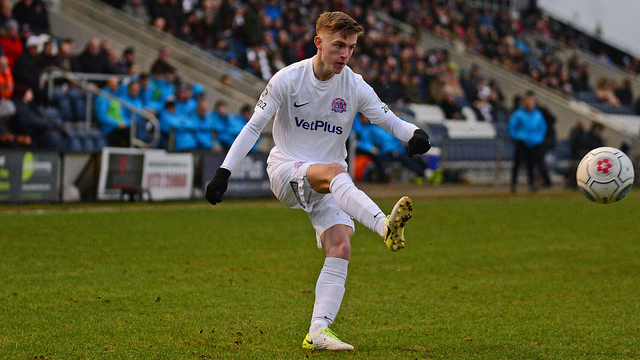 “Burkey is probably touch-and-go for the first game but potentially available for the second game.”

“We’re not in bad shape and have mostly the same strong squad available to pick from as for the rest of the competition which is positive”.

“There’ll be a lot of support, Stockport have sold out their allocations and we hope for the same in the second leg, travelling in big numbers to try and give us that extra push.”

Tickets are available either online through our ticketing portal, at ticketing.afcfylde.co.uk.

Alternatively, you can visit the club shop, which will be opening late until 7pm on both Thursday 14th and Friday 15th.