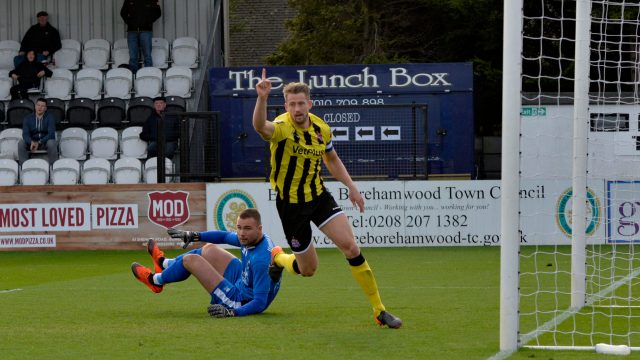 Having felt heartbreak at Wembley with Macclesfield Town, Neill Byrne knows the highs and lows of The FA Trophy as well as anyone.

Byrne was at the heart of The Silkmen side that reached the 2017 final, where they met the then relegated York City.

It was an entertaining game that finished 3-2 to York City unfortunately for Byrne, condemning his side to a defeat at Wembley.

Two years on, and Byrne has been finding that this campaign is familiar in some ways with the Silkmen run that took them to Wembley.

“Weirdly enough, we had a very similar run with Macclesfield where we had drawn lower league opposition, before playing Forest Green in the quarter-finals,” Byrne recalls.

“I think it’s definitely preferred to have the lower league opposition, and we’ve probably been fortunate in that respect – as we’ve not played anyone in our league yet.”

“Having said that, playing three teams from two or more league below is a different challenge, as each one has been like a cup final for them, as they’re giving it that extra bit more.

The away game at Ramsbottom was a particularly tough one,” Byrne says. “The pitch and the conditions weren’t what we’re used to, and they thrived on this.”

“That’s not to make excuses though, as we’ve all played at that level, and really it says a lot about their effort and desire that we were happy to get the draw in the end and bring them back to our place.”

The 5-5 draw caught attention from around the country, as the lowest ranked side in the competition went within minutes of causing an upset.

The motivation of playing at Wembley is one that’s really clear, and despite the loss, Byrne’s positive memories of the day are still vivid.

“It’s an amazing day out, not just for you, but for the club, your friends, your family. It’s an experience that will live with you forever,” he says with a smile.

“When you get there and you’re walking out at Wembley you start to think about how all the biggest teams and biggest players play here, all of the history.” 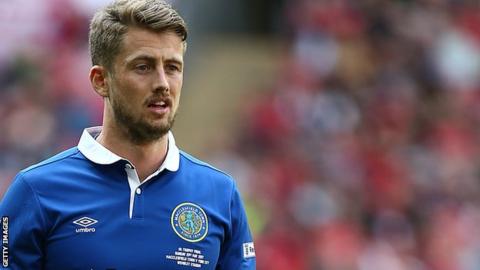 “The big crowd, the great occasion, it’s just such a proud moment, and one that everyone should strive for.”

“It’s tough looking back at photos thinking how much better it would have been if we’d have won, but that’s football.”

“When you come out and you see family and friends and you’re walking up the steps to collect your runners-up medal without a smile on your face.”

“You think could we have done more, could we not have conceded, but the harsh truth is there always has to be losers.”

Paired with 2010 FA Trophy winner Andy Bond, the Coasters have two in the ranks who have been through to Wembley for The FA Trophy final. During cup runs, experience like this can be key to inspiring your teammates.

“If I’m giving any bit of advice it’s that you don’t need to play any different from how you have been, home or away, league or cup, opposition from the same league, or below – you approach it the same.”

“Even down to playing at Wembley, without looking too far ahead, it’s just about keeping it the same. Everyone in the team wants to be there, and test themselves on the big occasion.”

“We’ve seen how teams in the past have got promoted and lifted the trophy, and what a great season that looks like – something that we wouldn’t mind at all!”

Tickets are available for tomorrow’s clash with Stockport County online, and in the club shop until 12pm on Saturday morning.