After being appointed first-team captain, he suffered a cruel injury lay-off, coming in the final game of the Coasters pre-season schedule.

The lay off was longer than expected, and despite a couple of brief cameos, Montrose effectively missed the whole of last season.

“It’s a lonely place when you’re injured for a long time,” said Montrose. “You have to go to the gym on your own, and you have to find it within you to motivate and maintain yourself.”

“As footballers, we just want to play football. We want to be out on the training field and play on a Saturday, it’s what we live for.”

“When it’s taken away from you it can go one of two ways – but for me it gave me that burning desire to come back stronger.”

“I want to thank the club for sticking by me through my injury, it was massive, and continuing through the summer working with Jake Simpson and Sean Riley kept things ticking along.” 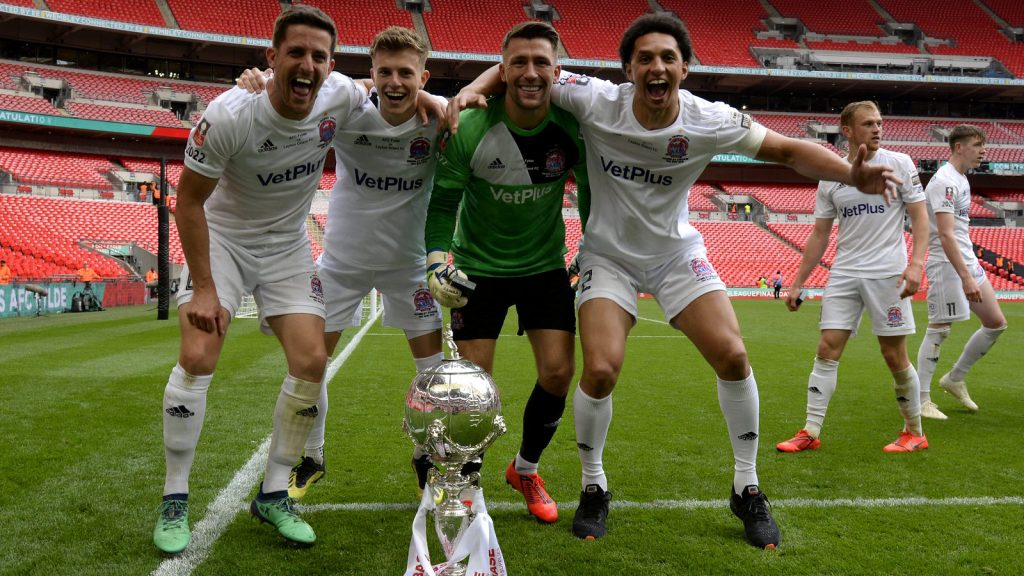 The Coasters’ successful season would have been enjoyed by Montrose watching on, but the chance to rejoin the team and help directly is entirely different.

“It was a great season for the club last year, and we now need to pick up where we left off, and ultimately go one better and win that promotion,” he continues.

“When teams are successful sometimes they get that added pressure, but it’s something we will embrace no doubt, and keep working towards our aims.”

“We had a great group of lads last year, and those that have come in this year all seem like fantastic boys – and that’s key, ensuring that everyone is pulling in the right direction.”

“We’ve got a competitive squad, with the players all looking to earn one of those eleven shirts – but as a squad it’s important we all rally and back those 11 when not in the team.”

“Ultimately, I’m fighting for my position in the team again, as the lads who played last year did a brilliant job.”

“The healthy competition is really important in any side, but the shared goal and desire to win as a team when Saturday comes is everything.” 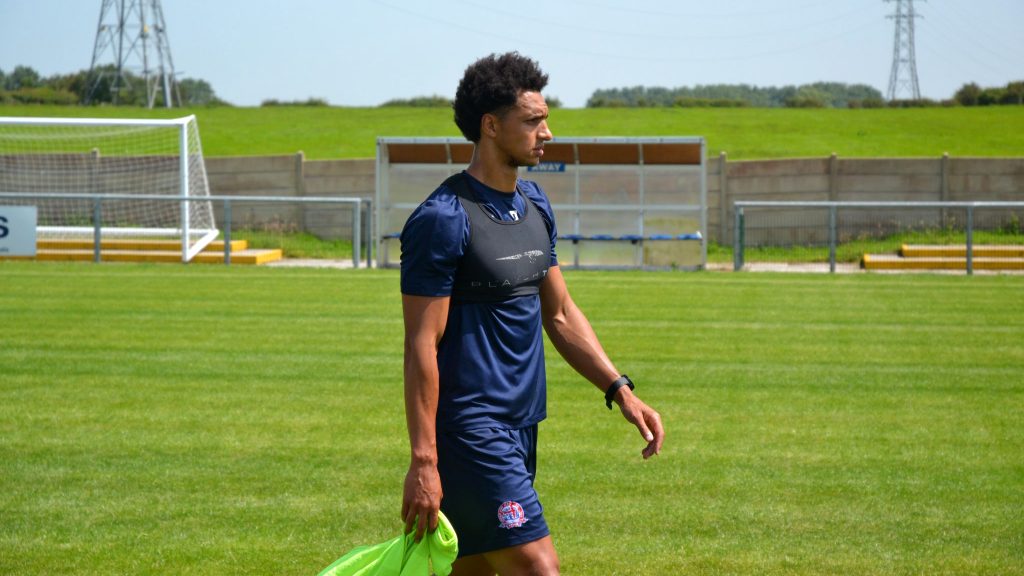 Having only worn the armband on a handful of occasions last year, Coasters fans no doubt are accustomed to seeing Neill Byrne as captain.

Byrne stepped up brilliantly for Fylde, and the strong leadership in the dressing room is certainly seen as a positive by Montrose.

“I’d imagine if I wasn’t playing then Neill would step up and take the armband, and I’d be there ready to support him,” he said.

“My outlook is very positive, and I like to encourage everyone around me to be the best – I’m not a screamer and a shouter as a captain, but I want to lead by example.”

“I’m always open for a chat with anyone, and I’m there to help people develop – we’ve got some good young players with a lot of potential.”

“It’s all about belief, and sometimes you need some else to believe in you to get the best out of yourself, so that’s where I come in.”

“We’ve got a lot of experience in the team,” he continues. “A lot of the lads have won promotion at some level, as people have been there before, and can relate to it and tap into that experience.

“It takes a lot to get promoted, it doesn’t just happen – it takes hard work and determination, and we have those attributes in the squad.”

The Coasters are back in action at Mill Farm on Saturday, as Preston North End visit – kick-off 3pm.

Tickets are on sale now.